The permafrost, literally permanent ice, is a special condition of the soil in the most extreme areas of the north of the world.

A layer of permanent ice that covers around the 20% of the dry lands and that, in the north of Siberia it arrives even to a depth of 1500 meters.

While the frozen lands that covers the north of Europe and the north America, are often subject to the seasonal climate changes, the deepest permafrost remained frozen since the last ice age, 10.000 years ago.

Even if in the last period we are used to call with the name permafrost only those areas of the world frozen since the ages of the last glaciation, in reality there are different kinds of it.

We start to call permafrost a layer of frozen soil for at least two years. But it cannot be excluded that, in really warm and sunny years, this can newly melt.

This kind of permafrost is called “discontinuous”. Sometimes the discontinuous permafrost can be frozen for tens or hundreds of years, but if it doesn’t date back to the last ice age is not permanent.

While those soils perpetually frozen since man has memory and, so, since the last ice age, are called “continuous” permafrost.

Obviusly the two types of permafrost can live together on the same ground. The most external soil can melt in the warm summers, but the below layers never melted.

By the way the things are changing. After 10.000 years some areas covered by continuous permafrost are starting to melt under the extra degree that affects the planet and that is commonly known as global warming.

The danger hidden under the ice

What we are starting to see in the North Pole and all over the world: the global warming, glaciers melting, the sea level growing, the greenhouse effect, the destruction of the natural habitat of the artic animals; it’s all a massive loop that brings us back to the starting point.

In this scenario, while many still claiming that there isn’t any danger, are many the things that terrify the experts.

Besides the most clear ones, there are many other dangers sneaky, hidden and insidious, that threaten the human race and the whole planet Earth.

The permafrost melting is one of them. What is hidden under there for thousands years? Everything remained frozen, unchanged and perfectly stored since time immemorial.

The global warming brought back to light climbers missed for years on the mountains and remains of ancient mammoth, but not only. Hidden under the glaciers there are virus that the humanity doesn’t know, potentially mortal, methane and other gases that would destroy the world and who knows what more.

The continuous permafrost’s falling is a phenomenon to which we are seeing for at least 50 years and that already made clear and permanent damages.

The melting of a bigger layer brought to landslides and collapses of the same ground, making damages to the closest human towns, like streets or buildings.

In some cases we saw even the formation of “termokast”, new lakes born by the melted ice, lakes potentially toxic, due the high quantity of gases.

In the northest areas of the world, therefore, whole towns were built on the top of the thick frozen layer of continuous permafrost. The melting of it brought to the decay and the falling of whole buildings.

But for the last buildings they had to use pillars 16 meters long, while the old houses are falling down together with the soil. 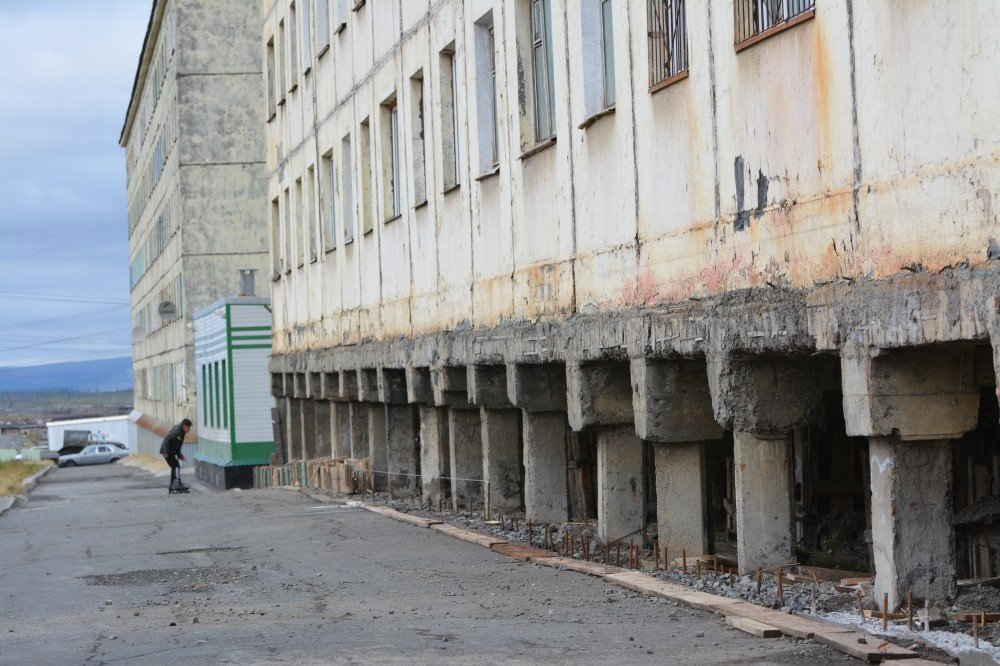 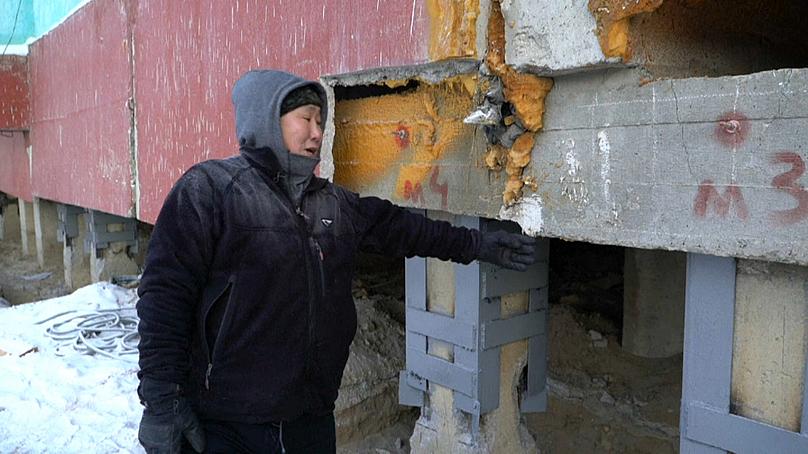 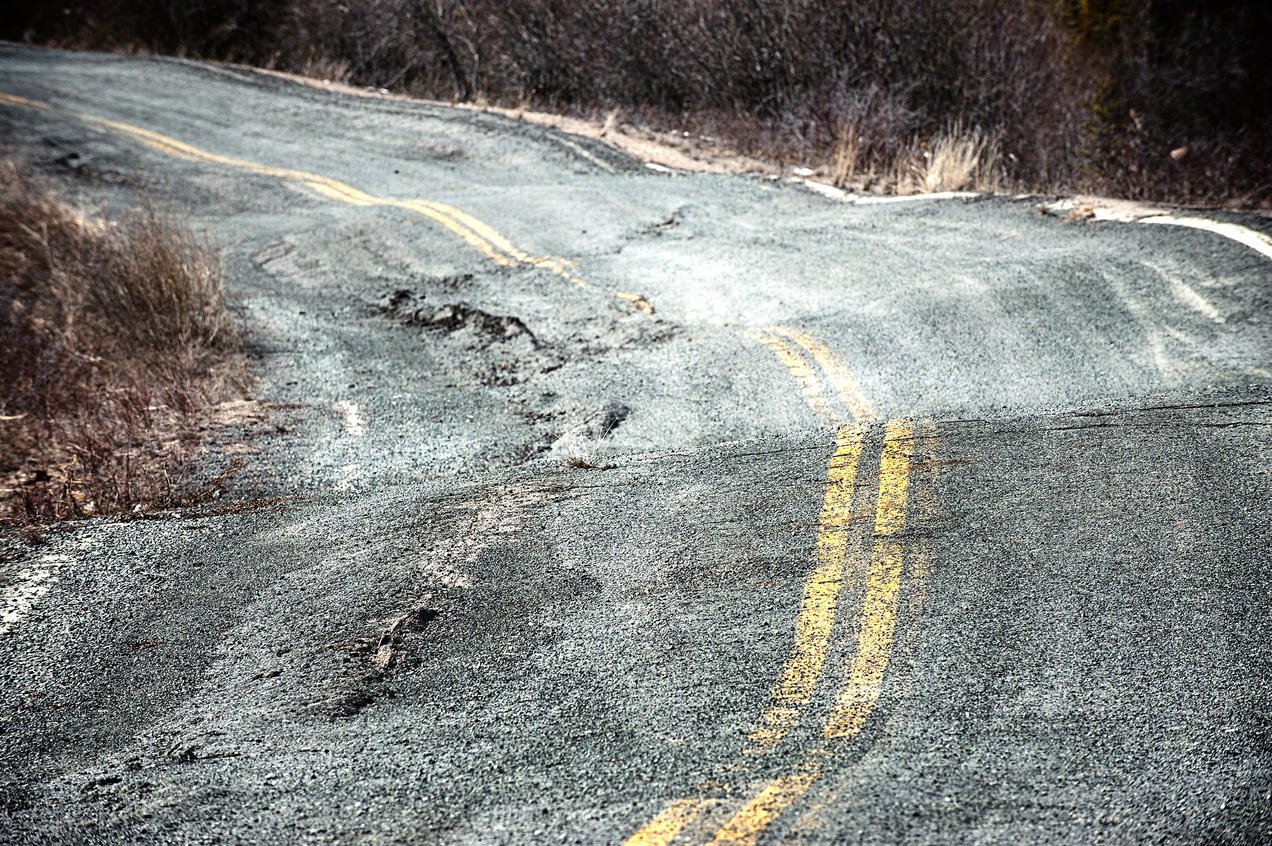 The effects of global warming as the permafrost leaves the ground near Yellowknife in Canada's Northwest territories. The pavement is buckled and pot holed.
Prev 1 di 3 Next

Trapped under the layer of permanent ice there are even huge quantities of methane gas, stored for thousands of years. Currently those gas’ reserves are sealed by a thick layer of continuous permafrost which avoids its leakage.

There are fears though, as consequence of the global warming and of the quick melting of the permanent ice, the leakage of the gas. This will make devastating damages.

Huge quantities of methane will be released straight on the terrestrial atmosphere, going to add itself to the already existent and substantially increasing the greenhouse effect, improving the loop already ongoing of the global warming.

Doing that the current statistics will be all void and the time to recover will be reduced to a bunch of years or less.

This is probably the worst consequence of the permafrost melting, a frozen monster that threats our existence. The methane isn’t anyway the only frozen element there are even mercury, carbon, etc.

The global warming might bring in few years a downside and a northen seas cooling, as consequence of the permafrost melted on them.

This will drop down even the salinity and it will interfere with the submarine streams, like the Gulf stream, which functioning is the one of a global thermal regulator. This would mean an important and radical climate change worldwide. 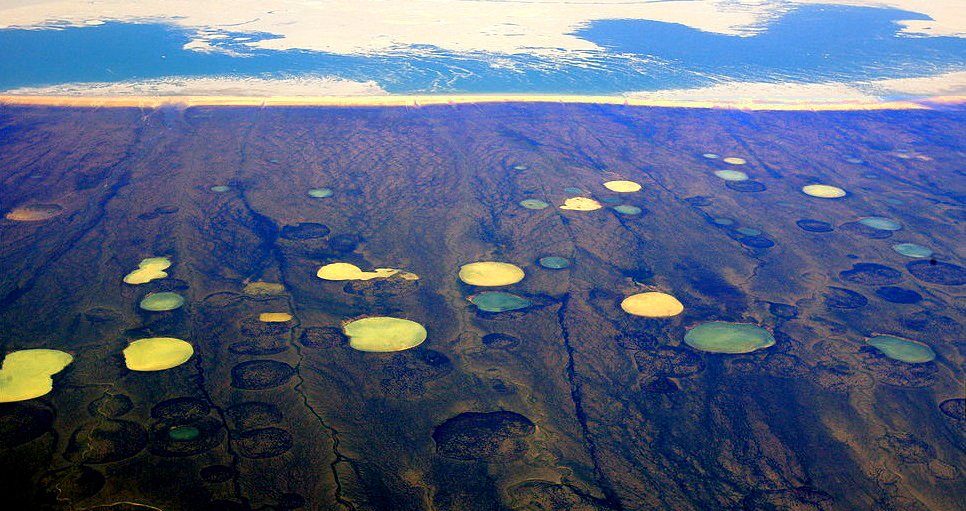 By the way, it’s easy to understand, that there can be many other hidden dangers under the permafrost. Many unknown hidden and sleeping for tens of thousands of years.

Lately, from the NASA, arrived the new that the planet Earth isn’t the only one to have a continuous permafrost. The frozen poles of Mars, infact, seem to have a thick layer of ice that never melts.

The hope of many is the one to find hidden under there a trace of a past life of the planet. But while we are looking for an alien life in the martian permafrost, to save the terrestrial life we have to make sure that our permanent ice will remain unchanged.

The rover Opportunity finished its mission