The artic winter this year get down on its knee the United States, by touching the -50°C. From the Wisconsin to the Illinois, from the Nord Dakota t0 the Minnesota, hitting cities densely populated like Chicago.

This year here is colder than in Antarctica (about 12°C less). And it is right the Polar Vortex that brings many sceptical to claim theories that don’t consider real the global warming.

However the global warming is much more than real. There are whole animal species that disappear every day, permanent glaciers that melt and the planet’s thermometer that goes up, getting ever more closer to the point of not return.

But so why if is there the global warming it’s colder?

In the last days we learnt, through the media, to know the Artic Polar Vortex, the grip of frost that press the United States and that already caused many deaths.

In Nord Dakota the thermometer signs the -32°C. In Minnesota blew frozen winds to -52°C. But what more surprised the world is how the ice frozen one of the biggest and populated city of the United States: Chicago.

Here the thermometer touched the -33°C and the winds blew at -46°C and the images of the Lake Michigan boiling for the heat contrast became viral.

The whole city literaly blocked itself. Stay outside in those conditions will bring to the fingers and face frostbite in just few minutes.

And so there you have many that came back to claim that the global warming is a fairytale invented by scientists and climatologists. Between them even important figures, like the same president of the United States of America.

Global warming in the last years 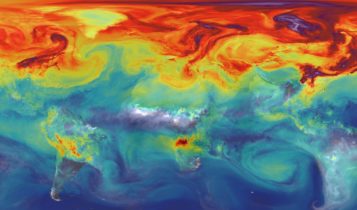 While the winters, in some areas of the world, are every year colder, the global thermometer is still going up.

With global warming we mean the climate change to which we are looking during the twenty-first century. The annual medium temperature of the whole planet is undeniably increasing.

Are the same numbers of the scientific researches to speak. To avoid worst damages we decided to keep the temperature’s increase under the 2°C in advance and to try all to  keep it under the 1.5°C, according to what decided to the Paris’ Agreement.

At the moment the temperature’s increasing is around the one degree in advance compared with the pre-industrial period and the effects are already disastrous.

We arrived to the conclusion that, the main cause of the global warming could be imputed to the usage of the fossil fuels.

If we don’t try to change the way that the humanity took the temperatures will increase much more than +2°C and, at that point, we won’t be able to come back.

Differences between meteorology and climatology 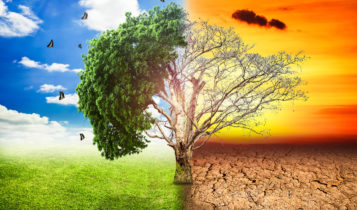 After said all of this it’s really dangerous that relevant figures in the global scenario don’t believe that the global warming is real. And we can’t really base that theory on a single meteorological phenomenon, as far as striking it is.

A colder period limited to a single geographical area and of few days, like it is the artic polar vortex that is gripping the North America, is a meterological phenomenon.

The meteorology explains what happens in a limited period of time and space and it’s really different than the climatology. The global climate change is studied, instead, by the climatology and it gives an explaination to the period that we are getting through. Period that is and that it will be about 150 years long.

We should not forget that, while we were starting to heard about the Polar Vortex, the west coast of the same United States didn’t fully recover yet by the devastating fires that flared up just few months ago.

While the whole world was focused to see what is happening in Chicago, in Alaska and Siberia this winter is 3,4°C hotter than usually.

In the specific case of the polar vortex didn’t speak only the meteorology, but even the climatology, because, surprisingly, this exceptional cold is a consequence of the global warming.

“We can’t leave to our children a planet became then untreatable: the moment to act on the climate is now”. – Barack Obama

Origins of the polar vortex 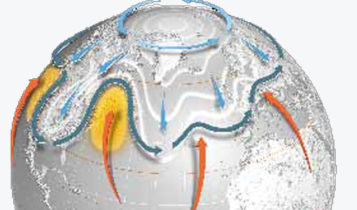 The polar vortex isn’t a phenomenon developed in the United States this year, but a phenomenon that, constantly, creates a ring of winds that surrounds the Artic Circle.

Those winds keep the colder air at the rigth latitudes but, because of the global warming, the polar icing melted and those winds slowed down, by drawing more deep and large circles.

The cold air so found a way to reach lower latitudes, doesn’t find any more the winds to block it.

The explaination is surelly more complex but, even though many still deny it, the colder that is hitting the North America is caused by the global warming.