All the fans of the whole world are looking forward to see the arrive of the third season of the TV serie that makes the fortune of Netflix and its youngest protagonistsimi protagonisti, Stranger Things 3.

The filming of the season just ended, between tears and emotion, and even some small phrases understood as a possible spoiler, but the most urgent question is: when will it be released? It wasn’t released an official date yet, but without any doubt it will during the 2019.

Meanwhile another adventure ended for the actors that interpret it, so we are trying to draw some conclusions from their posts on the socials. 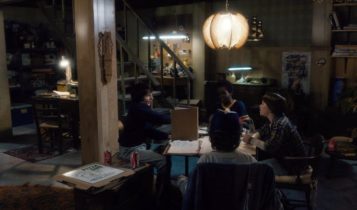 Like we know the serie is settled in the years ’80, precisely in the 1985, about right the this last season.

We already saw in the first two seasons how it is well studied and realized this jump into the past, it really seems to jump back into the years ’80! Even this season promises to bring us back in time, it would seem even with some quote from the years ’80 cult movies, from which Stranger Things draws inspiration.

“If you are a real fan of Stranger Things you will see the new episodes and you would like to run to find the big classics of the 1985”, it is like this that David Harbour leave us think something about it, but which are those big classics is not known yet.

Will be there a fourth season?

Already in the past the producers of the serie said the wish to bring forward the serie at least fro a fourth of fifth season. Now, with the filming ended, recurs the question: Stranger Things 3 will be the last season?

Shawn Levy anticipated something about it by saying: “Stranger Things 4 will surely takes place, and we are evaluing the possibility of a fifth season. At the moment, though, it isn’t sure yet. The fourth one could be the last one”. But are the words that the co-protagonist actress Millie Bobby Brown gave to the social networks that leave some doubts.

Stranger Things 3 could be the last season 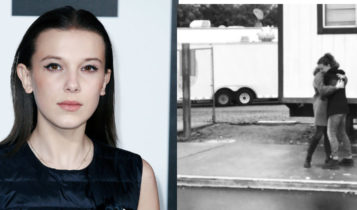 Millie Bobby Brown publish on Instagram a picture that portrays her while hugging Sadie Sink, the actress that in the serie playes Max, and to the social she gave her thoughts:

“As we said goodbye, i gave by best friend the biggest hug and told her i loved her so much. My sister forever”.

We really don’t know what to think about, we can just wait to see what is waiting for us in the third season of the serie. By the way this isn’t the only emotional message of the young actress.

On the way toward the last filmings 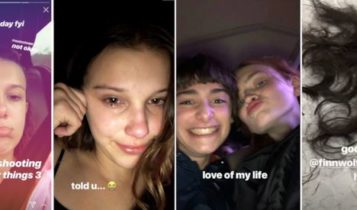 Already before the beginning of the filming of the last episode Millie let herself go to tears and emotions, on her way to end the furhter adventure.

“I will cry all the time”, she wrote under the picture posted on the social network while she was going on the set of the last filmings.

At the same time even Sadie Sink and Noah Schnapp (Will) let themselves go to the emotions too: “I can’t say goodbye” and “That’s not right”. While the actor Finn Wolfhard (Mike) said goodbye to the filming with a hair cut.

Waiting the arrive of the third season

Meanwhile even the adult actors let themselves go to some indiscretions. David Harbour released during an interview: “I believe that we could produce a fourth or even a fifth season. They are still speaking about it. I spoke about it with the Duffer Brothers since the first day. We won’t miss ourselves in the story. We will close all the plots and we will give all the answers”.

And we all hope so, because of questions we have a lot. Now it only remains to wait the arrive of the third seasion to know how it will be and to platonically hug again the actors that, even though our speculations, didn’t let nothing leak out about it.