Would it change something if we know the date of our death? Would we act differently, better maybe, or would we become crazy at the idea to know when everything will end? Obviusly this is impossible, none can know in any way how and when he will die, but the Google’s AI tries to do it anyway and it seems to be reliable at the 95%.

The AI that predicts our death 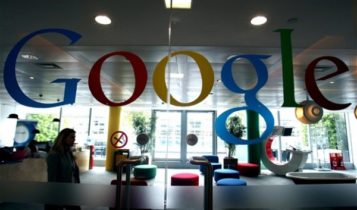 Google, like we know, dabbles to surprise us in the many fields of the technology, not any more only with the search engine that made it famous, but creating and experiencing the biggest technological innovations. Between the other things Google is active in the artificial intelligence‘s field and the last project realized is astonishing. The artificial intelligence created by the californian colossus, infact, can predict the users’ death with an accuracy that border perfection. In reality, it can’t predict the death of perfectly sane people, this will be impossible. Even if indicating many risk elements, like smoke, alcool, really polluted areas, it could have a general framework. The thing that though the artificial intelligence can do is to predict the death of terminal patients hospitalized. How many times the doctors shock the life of thousands persons and their families, diagnosing a terminal illness and predicting the death of the patient in an approximate number of days, months or years. Often those predictions aren’t true, even if the illness inexorably brings to the death, this arrives faster or slower of what was expected. The predictions of the Google‘s AI instead are 95% accurate, a result without any doubt incredible. The fatal predictions of the artificial intelligence are been tested with 114.000 cases of persons hospitalized, finding out the ones that unfortunatelly would die in 24 hours, stunning even its creators for the reached results.

To make its creepy predictions the AI is able to find out the informations about the medial field, creating a detailed clinical framework of the patient, after that it compares them with previous diagnosis that were come true. The AI is able to read and decode every kind of medical informations, laboratory tests, TACs and even notes hand written by human doctors, developing a huge quantity of datas in a short time. This can be really usefull in the medical fiels, not only to predict the death of a patient, AI’s act highly questionable, but even to speed up the times and simplify the doctors’ job. It is the first time, infact, that this kind of research and study job is realized by a not human mind.

Not only death’s bringer 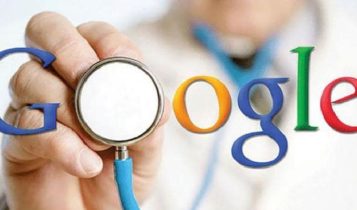 Obviusly, even if the predictions are really accurate it isn’t pleasant to hear a computer announces our death. By the way the results obtained by the Google’s team are amazing even to save thousands of lifes. Like we said, infact, the research and analysis’ system of the artificial intelligence can highly speed up the diagnosis’ times allowing a fast action and increasing the possibilities to survive. One of the cases examinated by the AI was about a woman with breast cancer and liquid in the lung, in that case unfortunatelly there wasn’t nothing to do, but compared with a real life team of doctors, the AI gave really more accurate results, being able to examinate for this case up to 175.000 cases in a really short time, something impossible for a human doctor. “Those models passed in every field the traditional and clinical predicter models until now used”, explains Alvin Rajkomar of Google, saying that, adopt the usage of the artificial intelligence in the hospitals, will improve and speed up the diagnosis and cure’s processes of the patients, improving the success’ probabilities.