By Veronica Perotto On 2 Jul, 2018
Condividi

The 100 is an american TV series released in the 2014 and created by Jason Rothenberg. A fascinated post apocalyptic and dystopian series that arrived to the fifth season, actually in production in America until August of this year and that will land in Italy in September of the 2018. 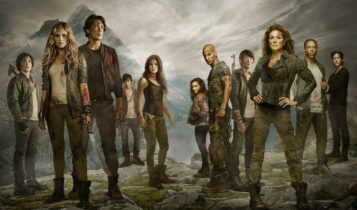 The events take place around 100 years after a nuclear war that almost destroyed the human race. In the years right after the war the twelve orbitant spacial stations, not founding other solutions, came together in one big station, able to self-sustaining and allowing the life of the astronauts and the next generations until the return on the Earth, the Ark. The Ark has, though, very strict rules, dictated by the small environment and the possibility to host a limited number of people. Between the others there is the rule that limits the number of sons for family to just one. Who commits a crime and he is judged guilty is expelled from the Ark, which means sentenced to death. If though who commits a crime is still underage he is imprisoned until the adulthood, when he will have a second chance in another process to be considered innocent, otherwise he will follow the fate of the other adult criminals. Today, tought, after less than hundred years the Ark is dealing with a serious crisis, the deterioration of the recycling facilities. The only solution to save the Ark’s citiziens is to come back to the terrestrial ground. To discover if the Earth is again livable the Council decided to send 100 of the prisoners teenagers. Those are sent on the terrestrial ground without too much pleasantries, becoming the first humans to walk on the terrestrial ground after almost 100 years, or at least they believed that. 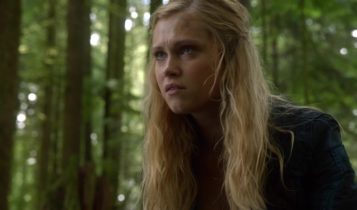 Like we said the series already arrived to the fifth season, for the passionated this year just gone was really difficult, because the last episode of the fourth season left us with many questions. For who still doesn’t know the series and wants to discover it, it is actually available on Netflix until the third season. Without get into the details, we finished the fourth season with a choked up, leaving the protagonists separeted in three groups and now the fans are anxiously waiting the fifth season to know what will happen to them. Considering that in America we are already in the middle of the fifth season the first indiscretions start to come out, even if for the moment, in this part of the World, the series is taking its time, becoming unfindable even in the mother tongue. The fifth season, like Jason Rothenberg already let us know in the last five minutes of the last episode of the fourth season, takes place six years after the events of the first seasons. This deeply change the characters, that in six years lived completly different lifes and that we can find out thanks to the many flashbacks that will enrich the season.

Besides the sides that we already know divided between the Grounders and the Skaikru, in this new season continue to appear new characters, new survivors to both the catastrophes that almost wiped out the human gendre. We see them arriving in the last seconds of the last episode of the fourth season and we already know that they won’t be friendly. Those infact will create many problems to our protagonists.

Like we said the first episode of the fifth season will arrive in Italy in September of 2018 and it will be released by Premium Action. The season, that in America will finish the 7th of August, counts 13 episodes in which we will be able to find out the answer to the questions that the previous season left and to discover if the humanity will be able to survive against every disaster and conflict.