By Veronica Perotto On 3 May, 2018
Condividi

The Nintendo Labo‘s idea firstly create many doubts to all the company’s fans. Why should we lost time with cartoon’s constructions that at the end they won’t neither be a great console’s remotes? By the way, after a first moment of dismay, many had to change their opinion and admit that there is something genial in all of this.

One kit and three phases 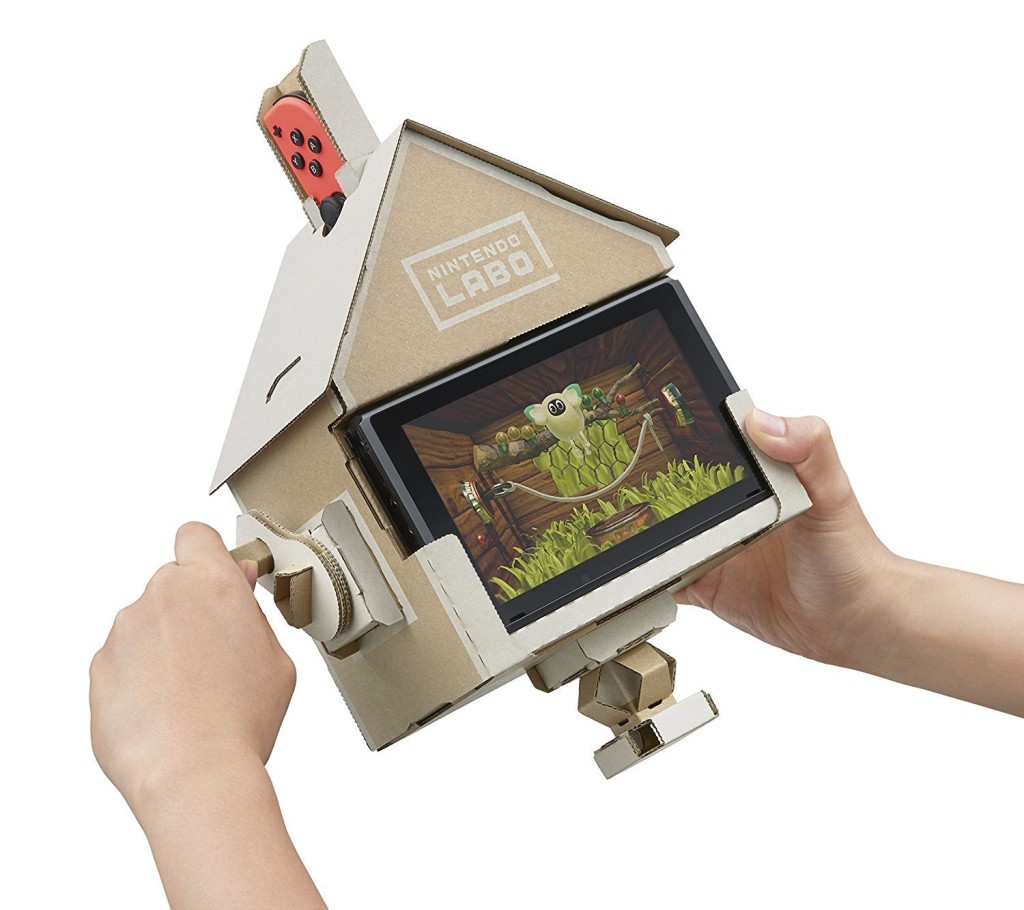 Once opened our Nintendo Labo kit we will have to deal with three main phases. The first one, the assemblage, which will encourage the creatively of adults and little ones, and that will integrate, for the first time, the dexterity and the contact with something easy and especially real in the videogames’ world. The constructions are followed by detailed instructions and have different levels of difficulty, starting from the easier one, the RC car, which will steal us only 15/20 minutes for the assemblage, to the robot, where we will overthink for many hours to assemble it. Even though the numerous doubts, the constructions, in their integrality, are solid and durable, and, just in case we will need, Nintendo thought to include a repairing’s kit. The second phase consists in the game, incredible detailed and well done. The controls brilliantly answer and the remotes, even if made by cartoon, don’t seem to be of poor quality. Anyway, after a first moment of enthusiasm, not only for the game’s potentiality, but especially because were us to realized it, we figure out that it isn’t yet fully developed, but do not lose hope and let’s remember that Ninendo Labo has a massive potential, let’s just give things time. The third phase is “create”, where we could discover our real potentiality by making our own personal remotes.

Nintendo Labo is been released only few days ago on the marketplace, specifically the 27th of April, and it proposed its first variety kit, which includes an RC car, a fishing rod, a house, a motorbike and a piano. Those are the first cartoon’s constructions that we can enjoy, without calculate the ones that we could create by ourselves. Inside the box we will find thirties of printed cartoons and a series of accessories that will allow us to assamble our remotes, like washers, elastics, stickers, etc. Everything to allow us to realize the five constructions, called by Nintendo “Toy-Con”. Every construction transforms the Nintendo Switch‘s control in something new and unique. The toy car transforms it in a radio remote control apparatus. The fishing rod allows us to explore the bottom of the ocean by catching many kinds of fishes. The motorbike brings us into a racecourse. The house, though, brings us back to the time, to a game target ’90s, the tamagotchi, this time, though, really more interactive. By placing different kinds of objects from the windows, infact, it is possible to let it do different activities. It is well done, finally, the piano, which allows us to play, record our music, add a cover and so on. 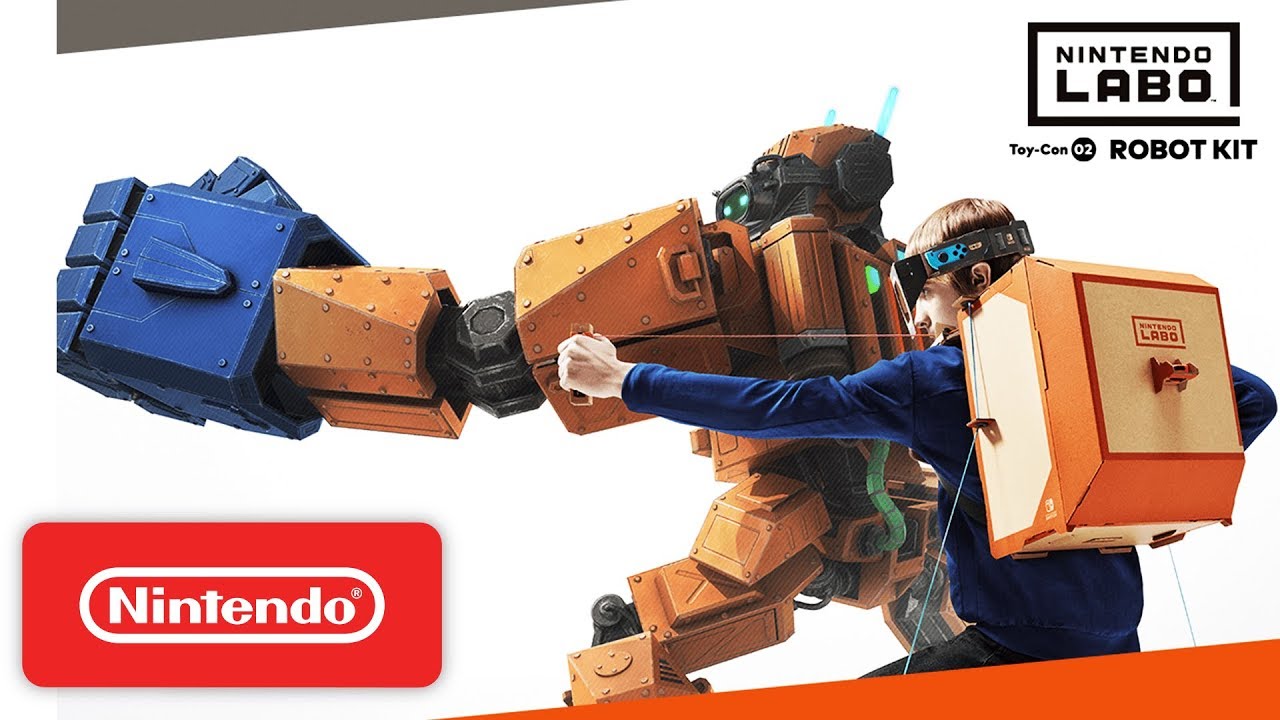 Anyway, for the most patient ones, besides the variety kit is been release, the same day, even the robot kit, that like we already mentioned will keep us busy for many hours already while doing the first phase and, unlike the variety kit, it contains only one toy-con. We should use all of our dexterity to create a real robot suit, with a bag to put on our shoulders, which will contains the joy-con and the terminals of the remote that will control our extremities. Now it only remains to empathize with a transformer and go around the city, destroying buildings and ufos. A dream that will become reality, the on to become a giant robot, to adults and little ones. 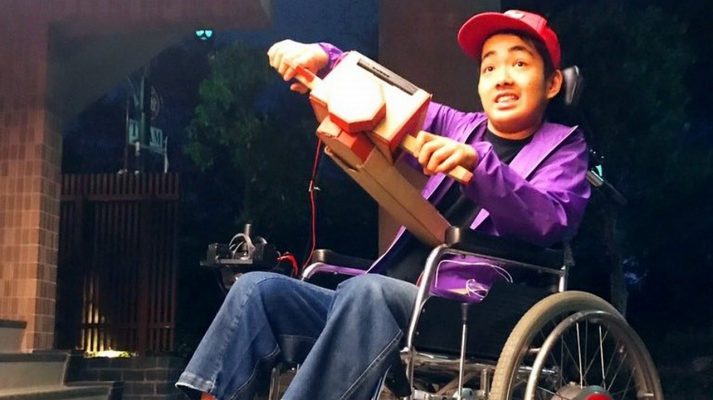 Besides the first two kits Nintendo is ready to donate many other emotions by filling the houses with “animate” cartoons and bringing a breeze of news in the videogames’ world. In Japan is been already released the third kit of the company, “Switch guitar”, which will allow us to make our own personal guitar and to challange our friends with shoots of notes. Basically, a cartooned version of guitar hero. Besides Nintendo, though, ever third parts want to contribute to Labo and show to the world their creative skills. Between the other creations, we have to keep an eye to the first electric chair completly supplied by Nintendo Labo, giving the possibility even to the most unlucky ones and showing the true essence of the Labo’s ideology, which requires the imagination as the only limit.

Pac Man 99, the battle royal of a big classic

The Legend of Zelda: Link’s Awakening, the remake for Nintendo Switch

The Nintendo Switch Lite is arriving