“Mars is the next frontier, what once was the Wild West, what was the America 500 years ago”.

Mars will be the second house of the human race. It is inevitable and it is sure now that the first space colony will be on the red planet. Won’t pass many years before that the first colonists will start to populate it. And as well as it was for the America it will be for the new planet.

There will be fields to grow, animals to raise. There will be laboratories and houses, shops and restaurants, sources to use and energies to realize.

It will be a new world to create, a new chapter of the human history to write, starting from a page which is still fully white, actually red, like the barren soil that immutable colours all the martian surface.

And it is right from that red soil, which we think dead, that we need to start. The first step is to be able to cultivate it. 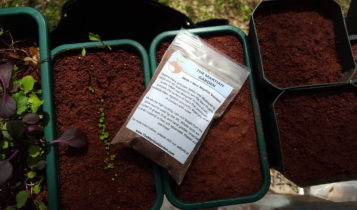 The answer is yes, the martian soil is perfectly suitable for the terrestrial crops. They made many studies about it and cultivate on the red planet won’t be a problem.

We saw it to the cinema with “The Martian”, but the science explains us that it wasn’t only a cinematic fiction, but the reality. The Martian Garden brings a little bit of Mars at home, to try to grow something on the alien soil.

The Martian Garden is as close as you can get to Mars without leaving the planet Earth.

We have to specify that, obviusly, nothing never come back to the Earth bringing with it martian soil. So the one that we have isn’t real martian soil, but what is getting much closer to it. 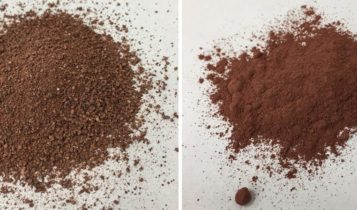 The NASA and the JPL’s scientists simulated the martian ground, to prepare themselves to deal with the many missions that during the years saw as protagonist the fourth planet of the solar system.

But not only, Mojave Mars Simulant arrived even in the classrooms of many schools around the world, to help the students and to get them closer to the spacial exploration.

The Martian Garden realizes the same soil of the Mojave Mars Simulant, bringing it straight in the houses of the passionated, for really low prices, which start from around six dollars.

The Mojave Mars Simulant is been created for the first time in the 2007 and used until today by the NASA to support the future missions. The Martian Garden sends us samples of soil taken exactly in the same deposits used by the JPL’s scientists.

The rocks (iron-rich basalt) are crushed in different gradations, from granel to dust, sterilazed and packed. 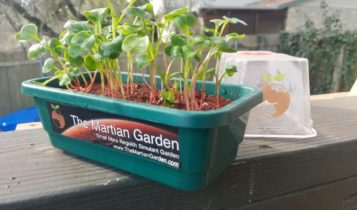 The first version of Mojave Mars Simulant is still in commerce and used for the biggest part of the simulations by nasa and scientists. It is though arised the need of a soil which get much more closer to the martian ground.

After the last missions on the red planet (Curiosity, ecc) we learnt much more informations about its soil. Soil which is possible to recreate with the adding of some additives. It is like that that was born Mojave Mars Simulant 2 – Enanched Mars Simulant.

To create the second version of the martian ground they started from a super fine grade of it, and then they add iron III oxide, magnesium oxide, sulfates and silicates. With this last version was possible to create a kind of ground with more than 90% chemical match to the surface of Mars.

Mojave Mars Simulant 2 is what at the moment is get closer to Mars on the planet Earth. All of it for a bit more than 34 dollars per packet.

Everyone can try to grow something on Mars, comfortably from his own terrestrial house. Get passionate to something 58 millions of kilometers away and dream about a thriving future for the humanity, which is going to become a multi planetary race.

“At the Martian Garden we believe that the single most important element in the journey to Mars is the support of the pubblic. Without an informed and enthusiastic public base of support, humanity may never reach Mars”.