A couple of years ago the world was shaken by the phenomenon Pokemon Go, which reached in a short time every corner of the world. The videogame joined for the first time one of the most powerful brand of the videogames’ world and the virtual reality. A phenomenon that went forward for a couple of months, between scandals and controversy, until to arrive to stop the traffic on Central Park to catch a Vaporeon. Now, after two years, even though there are still many people who play Pokemon Go, even this world found its dimension. Now the most famous pets of the videogames’ world arrive on the last consolle Nintendo with Pokemon Let’s Go. 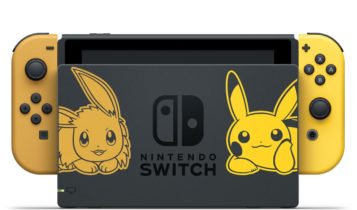 Pokemon Let’s Go were released in two versions: the team Pikachu and the team Eevee. Both of them available since the 16th of November of the 2018. The same day, furthermore, was released the Nintendo Switch dedicated to the game, inspired to Pikachu and Eevee. 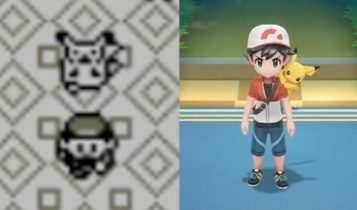 Pokemon Let’s Go is a remake of Pokemon Yellow, that, right in the 2018, celebrates 20 years. But not only, Pokemon Yellow was, infact, the only Pokemon where was possible to go around letting Pikachu follows us, without have to keep it hidden inside the Pokeball.

Pokemon Let’s Go is exactly like Pokemon Yellow of twenty years ago: the same routes, the same trainers, the same towns, the same exact names and finally, the same 151 pokemons to find. Now, though, the Pokemons aren’t hidden in the tall grass or inside the pokeballs, but we can see them.

We can venture in the tall grass by excatly knowing which are the animals hidden inside it and we can even ride some of them.

The capture of a Pokemon

The biggest differences with the previous versions of Pokemon are at the moment of the capture of a Pokemon. To make this action they wanted to get closer to the model of Pokemon Go. We will need to launch a Pokeball with the right timing, without need to weaken it before.

Instead, to make it more inclined to follow us we could give it some berry to eat. Furthermore thanks to the Nintendo Switch, which embodies in only one consolle many kinds of game, even the moment of the capture becomes more dynamic. By leaving the Joy-pads attached to the consolle to catch a Pokemon will be enough to push a button.

If instead we are using them unhooked, we should mimic the act to launch a pokeball toward the screen. Finally, Pokemon Let’s go gives a third possibility, the one to buy a pokeball that will work as a joystick. The last one will be probably appreciated by the youngest ones.

Finally, it will be possible to interact with the catched Pokemons, by petting and cuddling them, through the touch screen. 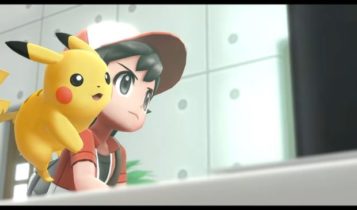 Therefore, between the news there are even the cooperative mode and the internet connectivity. The first one was thought to joint two generations: due to the fact that Pokemon Yellow was released in the 1998, it will be really probable that the nostalgic that played it at that time would have to get the sons closer to one of the biggest classic of the videogames’ world.

Pokemon Let’s Go could be a great moment father-son. While the internet connectivity is been obviusly thought to adapt it to the changing times. While once we had to physically connect the Game Boys by cable, now it is possible to make exchanges and fights straight on the web.

Finally it is possible to connect Pokemon Let’s Go with the Pokemon Go on our smartphone. The Pokemons catched while walking around are transferable on the consolle Nintendo Switch. The Pokemon trasferred will be then inside a specific fence, from which they could be, easily, catched again.

For the released of Pokemon Let’s Go, which happened the last 16th of November, Pokemon Go launched a serie of special raids, just ended today. In the special raids was possible to find Raichu form Kanto and form Alola and all the evolutions of Eevee.

How did the technologic Black Friday 2018 go?