There is who still believe that the evolution doesn’t exist and that it never existed. That the human beings, as well as the other species, were born exactely like they are now, but obviusly the science says the contrary. The human being followed its evolution, exactly like all the other animals. Evolution that would seem dind’t reach yet its conclusion.

The human being is still evolving

The answer to the question if the human being is still evolving, so, is without any doubt yes! To demonstrate it there are many studies. Even though this not everyone agree. According to many the physical evolution ended and to change, from now on, will be only the culture. 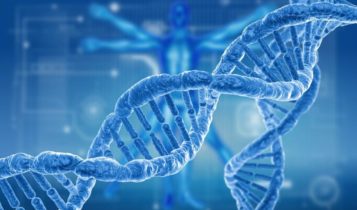 According to a study published on the magazine PLOS Biology, made on 250.000 people, the genes are mutating. Some factors radically decreased in the adults of the last generations. Factors like asthma, cholesterol or heart problems.

A natural selection that let slowly disappear some genetic factors with the purpose to increase the reproductive capacity of the whole human race.

Furthermore, the department about the evolutionism of the University of Yale, claims that, right to encourage the reproduction, in a not too far future the women will have physical characteristics more suitable to bring forward a pregnancy without problems. This means a shorter and stronger body. 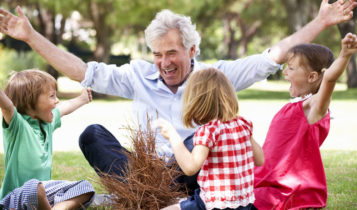 The researchers of the Columbia University described how, over a period of really few generations, decrease those elements which negatively affect the survival of the people.

The researchers observed how, in the person that live longer there aren’t mutations which bring to the Alzheimer, the smoke addictions, cholesterol, asthma, obesity, etc.

In itself won’t be a big new that those people have a shorter life. But the study even brought to light how those factors affect not only the current generation but even the next one. Let’s just think about under the social and cultural point of view.

A couple preferes to have sons if they know to be able to count on their parents. Those parents probably aren’t carriers of genes that brings to have a short life, because they arrived to the age to become granparents.

Doing that the couple brings forwad the best genes of the human race. From the other side a couple without parents thinks one time more to have child, stopping the “bad” genes. It is like that that over a period of three generations those genes radicaly decrease.

Who doesn’t believe that we are still evolving

Even though the many studies about it many experts don’t agree with those theories and think that the human evolution ended. The anthropologist Ian Tattersall says: “All we know about the genetic evolution says us that the mutations tend to fix themselves only on the small remote populations”.

Tattersall says so that, the humanity in its entirety, can only evolve under the cultural point of view.

The evolution of the immune system

“In this moment we are dealing with a massive pathogen exposition to virus and bacterias which travel by air from every corner of the Earth, and this phenomenon will just increase. We will have much more pandemics and it will be ever more important to have a good immune system to survive”.

It is like that the evolutionary psychologist Geoffrey Miller speaks about it. According to Miller the human race is rightly in this period dealing with a new phase of the evolution. Phase that interest our immunitary system.

How will be the human of the future? 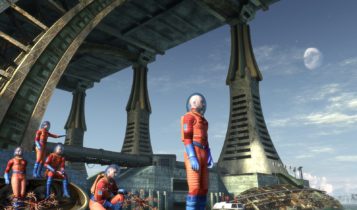 But so if the evolution is still ongoing how will be the human of the future? With many probabilities we will become immune to illness that there are now. But we have to consider even the cultural factor besides to the evolutive one.

Probably the technology will allow us to cure all the illness, giving a strong help to the evolution. Therefore we have to consider even the fact that the human beings evolved themselves on the basis of the surrounding environment.

But if this environment will change? What would happen in the future to the people that will live in spacial colonies over the period of many generations? Probably the evolution will bring us to adapt ourselves to the different kind of environment.

Finally the globalisation will bring to a further change. There won’t be the tipical elements of the birth’s area, but only one big ethnicity which, probably, will have inside its DNA all the distinctive features of the human race. But those are only theories, sometimes conflicting between each other.

The evolution could be affected by billions of factors that will interact with the human beings and at the moment we can’t know what will be.

The green engine for the spacial travels