By Veronica Perotto On 5 Nov, 2018
preserve the human race
Condividi

We can believe on whatever we want, in the evolution, thousands and thousands of years that slowly shaped the human being since we were primates until the current shape. We can believe in the Adam and Eve that from the Eden arrived on the Earth, which is been populated by their descendants. But the science teaches that a single Adam and a single Eve wouldn’t be enough to preserve the human race.

By the way all of it can assume many different shadows. We can never know how the human race would holding on the life, fighting against the extinction.

Would two people be enough to repopulate the planet? 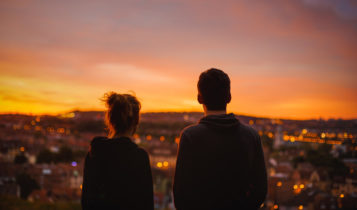 A question that often we wonder is: would two people be enough to repopulate the planet? In a hypothetical post-apocalyptic scenario, will only two survivors be enough? The answer is no.

The blood relatives’ sons, infact, are exposed to large risks to born with genetic diseases and to don’t live longer. According to the studies the 40% of the sons of cousins or the first degree relatives borns with serious disabilities, that in the 14% of the cases brings to the death.

The cases in the history 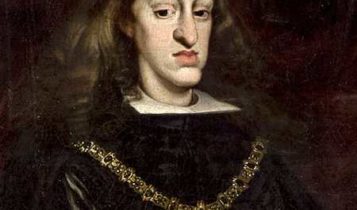 During the human race’s history were documented many cases that report how much the incest is dangerous. Between the most famous cases there is the Asburgo’s family, which was the most powerful family in Europe for years.

This supremacy brought to them, though, many problems. To avoid the power’s decentralisation, the Asburgo, were used to get married between each other, so in a short time on every european throne there were an exponent of the Asburgo family.

This situation brought to serious deformities inside the family. The one that became famouse as the “Asburgo’s jaw” was in reality a serious deformity due to the incestious relationships. But the Asburgo aren’t the only documented case in the human race’s history.

Important, from the scientific point of view, is even the Pingelap’s island. The island was hit but a typhoon in the eighteenth century, reducing the population to only 20 people. The island remained isolated has turned into a real natural laboratory. Today, an island’s inhabitant on 10 suffers of colour blindness.

How many people do we need to survive

So how many people do we need to avoid that the human race will extinct itself, long-suffering by the genetic diseases? Obviusly the romanticized hypothesis of Adam and Eve is surely to exclude. But even 20 people don’t seem to be enough.

According to the science we need at least 50 people to avoid the most serious problems due to the blood relatives’ relationships. 100 people will be enough to preserve the human race, or maybe to create a colony on a far away planet, like told in a previous article.

With 500 people, we could survive to new sickness or to environment changes, but as the years will go by we will lose some genetic markers that characterise us.

Avoid to lose the genetic markers that characterise us

Blue or brown eyes. Red hair, blonde, brown or black. Olive skin, mediterranean physical markers. The physical and genetic markers with which we distinguish ourselves are so many.

It is even thought that it went under the thousand people, during an ice age. This event caused the loss of many genetic markers that over the time we forgot forever. Even though we will never know which were those genetic markers, the human race rise again, stronger than before, and this let us hope that we can do it again.