A trip in the Silicon Valley of Europe

The awesome valley of the California where wonders are created and where the future of the world and of the humanity is shaped isn’t any more alone. Now many big companies test the water even in Europe in the one that is now called the European Silicon Valley, and many awesome minds don’t have to move any more forward the other side of the Ocean. 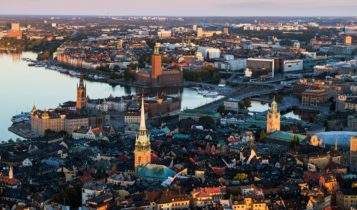 It’s right the Sweden’s capital, infact, to be considered like the new Silicon Valley. Here don’t only have the headquarters many important companies but there is even a sketch of Smart City.

However it is always known that the northern capitals are unmatchable about efficiency. Due to that it doesn’t surprise that the future’s city is being tested in a place where the watchword is efficiency.

It is right in the buildings of the Kista’s district, infact, that many companies and organisations test and create the technologies of the future. Facing the northern cold and regenerated by the green of the wooded roads here there is the headquarter of the second biggest technologic pole of the world, after the Silicon Valley. 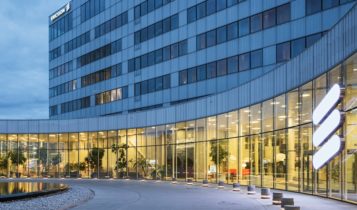 The district is just 15 minutes from the center of Stockholm, connected with the underground and, in few kilometers squared arise up to thousand hi-tech companies.

From the historical point of view it is interesting to know that the ultra technologic quarter arise right up the ruins of an ancient viking village. Here we find Ericsson, Oracle, Huawei, Ibm, Spotify, Skype, King and countlesses companies of informatic and telecommunication.

The district hosts the campus of the KTH Royal Institute of Technology and the Science City. Furthermore to close all of it there is the VINNOVA, the swedish agency that takes care of innovation. 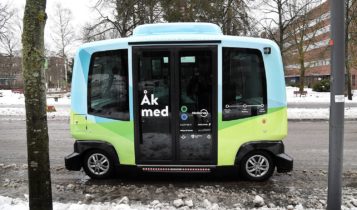 Obviusly in this innovative and efficienty environment they are testing the smart city. As proof of it we find out the small green and blue buses, that quiet run between the roads of the city, without neither driver nor wheel.

They connect the shopping center and the Tower Vittoria, by moving themselves at just 20 km/h using sensors and GPS. Obviusly a smart city have to be as greener as possible to look forward the future. And infact in Stockholm, the 90% of the population goes around with metro, buses, cabs or bikes.

About the cabs and the buses, we have to specify that they are refuelled with ecologic fuels. We find then to complete the smart city’s scenario the districit of Hammarby Sjostad, an eco-sustainable district, thought right to reduce to the minimum the environmental impact.

Again in Stockholm they are testing the 5G. Right in the swedish Silicon Valley, in the Ericsson’s headquarter, the last 5th of July is been made the first bi-directional call on a mobile phone’s prototype equipped with the 5G.

To make the researches about the 5G are the researchers of the university KTH, together with Ericsson and the researche’s institute RISE Acreo, all of it thanks to the sponsorship of VINNOVA. The 5G will be useful to move the smart city of the future, to connect the whole internet of things of the future.

Warm up the houses with internet

The European Silicon Valley is, therefore, the headquarter of another interesting project: warm up the houses with internet. In a place where warming up the houses is essential and vital when the northern cold come to visit.

But how do they warm up the houses with internet? In the Kista district is been recently inaugurated a 5MW database, which is able to catch the heat from the cooling systems of the servers and to re-use it. The system, once in operation, will be able to warm up 10 thousand appartments.

Stockholm is in the first position in the world as smart city, it is the first real city of the future. It is even and without any shadows of doubt the european Silicon Valley, no other technologic pole was able to match it in the old continent. It is furthermore eco-friendly and careful to the environment, with many alternative energy’s sources. The title of Silicon Valley of Europe is so without any doubt deserved.

How to choose the best smartphone Samsung

Huawei wants to give the rights of the 5G

Apple enters in the 5G rush