The Silicon Valley dreams to become an utopian island

Especially after the election of the american president Donald Trump in the Silicon Valley grew up a significant dissention that spreaded like a wildfire between researchers and investors. In the Silicon Valley, infact, it is contained the humans’ heritage that drives us towards an utopian and technological advanced future, which clashes with a president that doesn’t keep in consideration the scientific research.

Even if in the whole country blown up protests after the elections, in California it started to get shape something more concrete and organised, and on the socials started to goes around the hashtag “CalExit”. The idea born in the mind of Shervin Pishevar, businessman of the Silicon Valley, investor of Hyperloop, Uber, Airbnb and other 60 companies always in the hi-tech sector, that postulates the California’s secession, which would become “New California” and indepedent. Already during the election campaign Pishevar twitted: “If Trump will win I will claim a campaign for the independence of the California” and it was true. Even though in the Silicon Valley there are not missing moneys and intellectual skills to create a separate state, this seems to be more a provocation than a real secessionist idea. Even if the America should be worry about it, because the California is the most rich and powerfull country of the States and, alone, it is in the 6th position as global economic power. 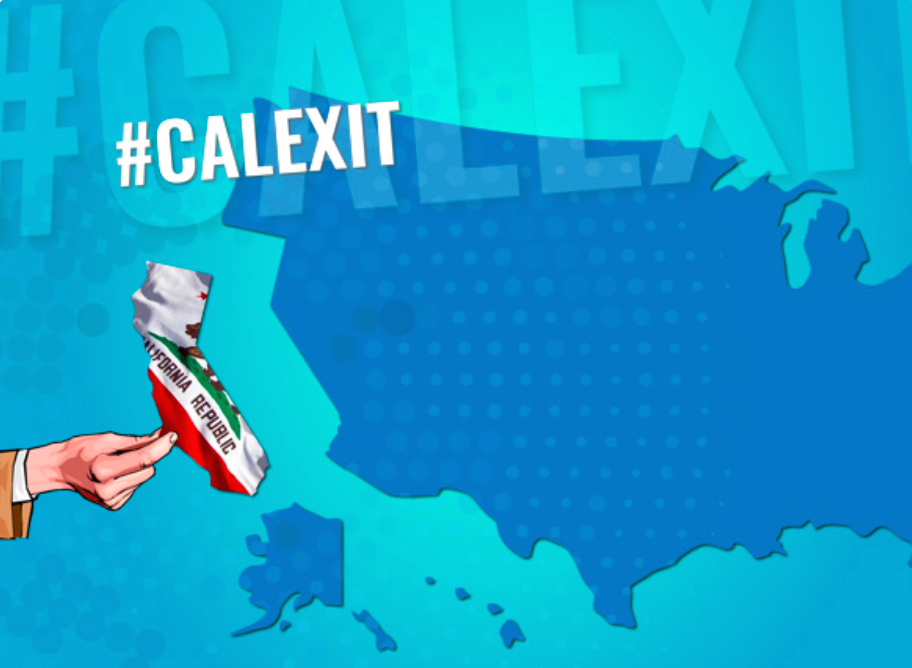 To be onest it wasn’t Pishevar to have the initial idea, he only keeps it from a common thought that from while already was going around between the Silicon Valley’s bigs. The Yes California Independence Campaign is looking for the secession for years. The big problem it is that the best minds of the country and maybe of the whole world, gathered in the valley where are being created the magic, it is always under the government’s control, but how can the others understand what are the needs of who already has a foot into the future? The Trump’s racist policy, therefore, deprives talented minds that arrive from outside the country, always poured in the Silicon Valley. And what saying about the fact that he always wanted to cut down the founds for the research? He accused and criticised the major companies of the Silicon Valley, like Amazon or Apple, saying that they are monopolies and that soon they will have problems. It isn’t surprising so that the California moved against him. Let’s be carefull when you do accusations, the brute force doesn’t win against the brain, and those are the best brains of the humanity.

The dream of a technological utopian island

Investors and inventors dream an utopian island, free from constraints and government taxes, where let’s take the flight to their own inventions. “Here in the Silicon Valley the people feel that the State is far away from the reality”, said Draper, investor of Skype, Baidu and Tesla. An independent city-state, futuristic, where everyone is free to experience all the possible innovations, without be subject string that keeps them joint with Washington, nowadays ever more far away from the valley. Anyway the just established in the White House only multiplied the dissention and not the dream, which already existed in the minds of the hi-tech’s bigs. Already in the 2013, infact, Larry Page talked about a fairytale world where create, realize and experiment his projects, the “Google Island”, an utopian island where they were free to let their project alive. “As an innovator, I think that we should have some safe places where we can try new things and understand which could be their effect on the society and the people. Without have to impose them in the normal world”, explained Page. Moreover he is right, who would like to deal with the boredom of the normal world, when you can play with flying cars and spacial ships?

World of Warcraft Battle for Azeroth

How the future’s televisions will be