After few weeks the release of the new Apple devices, it is almost a must to compare the iPhone XS with the Galaxy S9 Plus of Samsung, which is famous to be the biggest competitor of Apple in the Android scenario.

The iPhone XS is available from the 21th of September, while the Galaxy S9+ is been launched on the marketplace already the last 16th of March. In this article we will go to better understand the aspects that they have in common and the ones that are different. 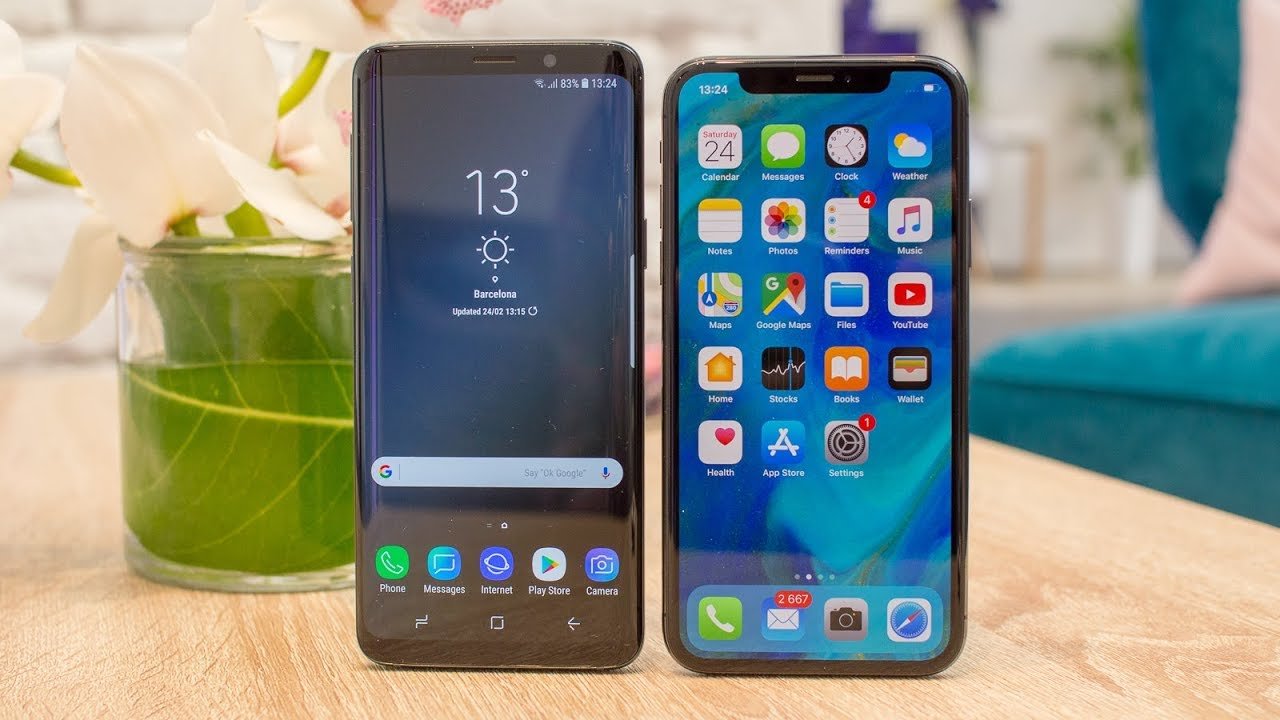 Apple decided to keep the design of the last year. It is unquestionable, infact, that it was really appreciated by the users and by the competitor producers that tried to reproduce it on their smartphones.

The same thing we can say about Samsung, that with the Galaxy S8+ just moved the fingerprints’ reader from the right of the camera to the bottom of it, so to make it more accessible.

Both the devices are characterised by a high quality glass and by a metal body on the side profile. Overall the iPhone XS has a really more catchy aspect, while the Galaxy S9+ is focused on an easier look, but equally elegant.

If for the design of the devices is more difficult to give an opinion because it is subjective, about the display I want to give the point to the Samsung’s device. The Galaxy S9+, infact, is one of the few alive smartphones without notch (the black notch on the top that has the camera and the frontal sensors).

Now it is clear that the double camera is a must in the high level devices and, sometimes, even in the medium level ones. Both have a resolution of 12 megapixels, but we can even releave some differences.

The camera of the iPhone XS automatically post-produces every pictures so to optimaze it according to the conditions. On the Galaxy S9+, instead, besides the AUTO mode it is possible to active the PRO mode so to independently manage the biggest part of the parameters.

Furthermore, the second camera of Samsung has a mechanic focal opening variable so to have a better performance especially in low light conditions. In both of the cases we are in front of excellent camera, that won’t surely disappoint in the daily usage.

Here we are to the core of the difference between those two worlds, Apple and Samsung (or more in general Android). Here there is nothing to compare between the two devices, because they are both system already tested that give the same functionings.

Android allows a higher possibility to personalization, while iOS has a more minimalist aspect and it is better integrated with the device’s hardware.

This aspect could really make thhe difference, because we have a capacity of 2658 mAh for the iPhone XS and 3500 mAh for the Galaxy S9+.

By the way, it is important to don’t think too much about this data because the two devices come from two worlds really different, so they use differently the battery. Infact, it is possible to see with a simple test that the two smartphones can arrive to the same durability with a similar usage.

Let’s talk now about one of the most important point for the choise of the smartphone: the price.

Taking as reference the official websites Apple and Samsung the relative prices for the different memory’s storage are:

If you would like to book the new Apple iPhone XS find out the price reserved to our readers on the Facebook page of our own shop.

How to extend the RAM of the computer