The smartphone is without any doubt the symbol of the communication in this age, the instrument that allows us to keep in touch with people from the other side of the planet.
By the way all of this communication and freedom as the years went by brought us to deal with another reality: the one of the cyber criminals.

As well as we are constantly in touch with family and friends, infact, we run the risk to make available our private informations to those criminals of the web. 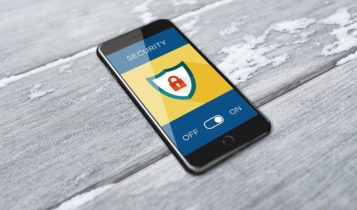 The criminals usually act fast and ingeniously making useless the defence’s mechanism. It is pointless to buy a product instead of another to defence ourselves because there are many platforms which can be “infected”.

By the way there is another important news which can allow to actively combat those invisible attacks. The idea is the one to move the safety from the device to the operator’s infrastructures so to allow a better protection.

Let’s see in which way.

Like we said the smartphones’ safety will have to be guarantee in the future by the operators which will have the duty and the responsibility to deal with this issue. But in which way?

Every operator decided to act differently. Nokia for example thought to use a control’s system about the traffic. According to the leaders, infact, to install an antivirus will be the best solution but, like we know, this isn’t easily manageble by an user that doesn’t have enough skills.
By using, instead, a system that use some machines which control in real time the traffic it is much more easy finding out threats and virus.

Cisco proposes instead a solution for some aspect similar but that it is more focused on an usage of the same user. Especially for the mobile phone’s operators is available a special version of Umbrella which allows to use only some capacities. In this way, with a easier and prompter usage, the users can guarantee their safety with a higher quantity of analysed datas.

Even Tim and Vodafone adopted some measures to combat the online threats and to guarantee higher safety to all the smartphone’s owners.
Specifically Tim uses its system Tim Safe Web which is thought especially for companies and professionals.
This kind of system allows to do autonomous analysis on the files that result to be “less clean” and that consequentially they can represent a threat.

The autonomous system analyses many datas every day and, in the moment where it finds out a threat, it stops the possible installation or download. In this way it allows to protect the users without though doing it excessively invasive.

Even Vodafone adopts a similar solution that though provides an added cost even being available for everyone. By paying 1 euro per month infact it is possible to use Vodafone Rete Sicura.
One more time we are talking about a system that filters and controls many datas every day with the purpose to see possible threats. In this way, if it finds out them, they are immediately stopped avoiding that the user download them or interact with them.

Furthermore Vodafone Rete Sicura allows to activate some services between which the lock of not safe web sites and the setting of hours where the children can’t access to the surf. So an easy method available to everyone to protect us from the threats.

Do those strategies work?

Protect our own smartphones, like we saw, is essential. About those strategies we have to say that we aren’t sure to be safe because, even the cyber criminals, evolve years by years.

By the way stop the threat at the infrastructure’s level before that it arrives on the device of the user it is an incredible step forward for the safety.