This summer is continuing to keep us with the face side up, making us losing the looking in the sky. After spent the last month trying to find out the planets hidden between the constellations of the blue sky, July will give us the further night with the eyes toward the sky. The 27th of July of the 2018 we will be able to see the longest lunar eclipse of the century. 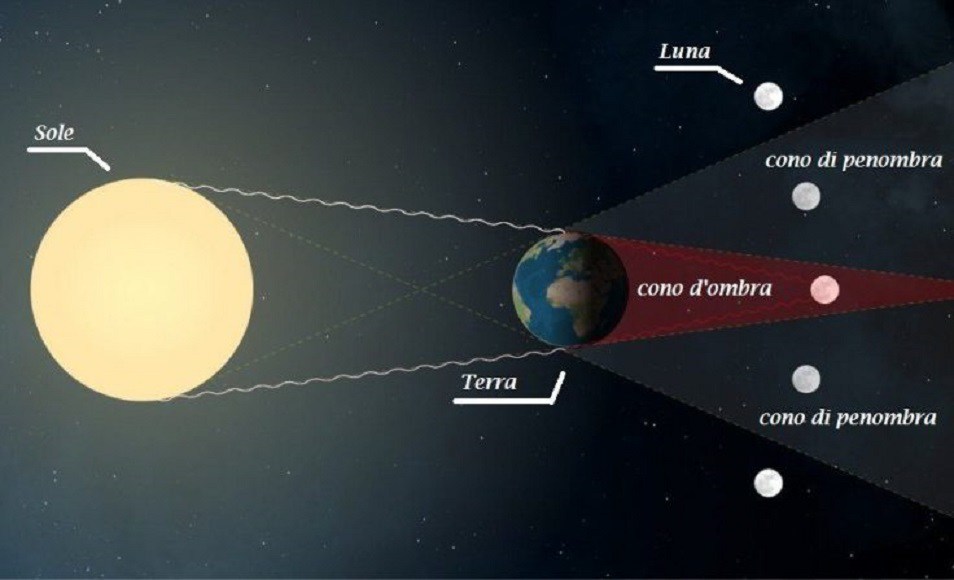 The night between the 27th and the 28th of July the Moon will totally eclipse itself for 1 hour and 43 minutes, around 40 minutes more compared to a normal eclipse. The show will be perfectly visible from Italy, where the eclipse will start around the 19:30, to reach the totality at the 22:20, then the Moon will restart to be partially visible, until the end of the eclipse, at the 2:00. The effect that we will see will be a slow overshadow of the Moon, until its totality, when it will assume a red colour. Like we know to take place a lunar eclipse, the Earth has to be between the Sun and the Moon, and all three have to be on the same plan. Now the question is: for which reason will be this eclipse so long? We know that the Moon turn around the Earth, but its orbit isn’t a circle, but an ellipse. For this reason the distance between the Earth and the Moon changes much during its revolution move, swinging between a minimum of 363.104 km to a maximum of 405.696 km. The two points that indicate respectively when the Moon is closest and farthest from the Earth are called perigee and apogee. The 27th of July the Moon will be exactly to its apogee, which is the most distant point from the Earth.

How to see the Eclipse

The eclipse will be easily visible even with the naked eye. Obviusly more far away we are from sources of light pollutions better will be. A beach or a garden in the country side could be optimal observation points. We will have to focus the eyes on south-west, but don’t worry we don’t need a compass, we exactly know where the Moon is. The show will be visible from the whole Europe, Asia, Africa, Australia, Antarctica, Middle East and South America, as well as the oceans Pacific and Atlantic.

Not only the Eclipse 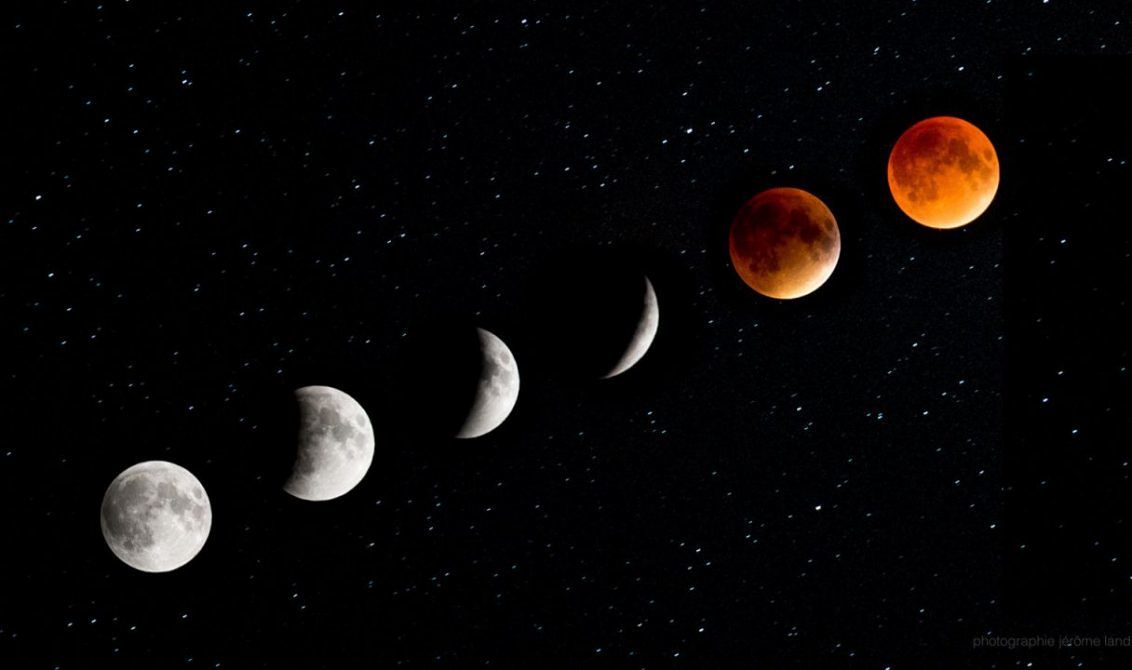 Like we said this will be a really special eclipse, not only for its incredible length, 1 hour and 43 minutes of total eclipse and 6 hours from the beginning to the end of it, but even for the peculiar red colour that it will have to its totality. The Moon will seem to be red because the dust in the terrestrial atmosphere will absorbe the light and it will reflect it assuming the red colour. Furhtermore, Mars keeps getting caught in the sky and, exactly that night, with the eclipse, will be the moment when we could see it better. The red planet will show itself in its whole beauty in a sky already dyed in red, not far away from the Moon, just a bit lower. In those days, infact, Mars is in the most closed point to the Sun of its orbit and for this it is perfectly visible even from the Earth. Even in the days after the eclipse, and until the end of the month, Mars will be between the brightest objects in the sky in those nights of the middle of the summer. In the period of the total eclipse, finally, being the sky lacking of the Moon’s light, even the other planets will be easily identifiable. If we didn’t see the planets in the first half of summer, infact, they give us another possibility. Right after the sky gets dark, besides to enjoy the longest Moon’s eclipse of the century, let’s try to look at the whole sky: around the 20:30, before the phase of total eclipse, in the right side of the Moon, down to the horizon, there will be Venus and Jupiter, while during the totality’s phase, will appear even Saturn.

Don’t make any plans for the night between the 27th and the 28th of July, you won’t have another possibility, due that the next eclipse of this kind is predicted for the 2100.

Why Telegram is better than WhatsApp