Like every year FIFA, the main game of EA, is between the absolutly most waited ones. Even FIFA 19 doesn’t disappoint this premise and let all talk about it already many months before its official release.
The most famous football’s game in the world, infact, seems will have many news and characteristics which already made milions of videogamers dreaming.

Let’s see the last news about it.

Besides this the new FIFA will have without a shadow of a doubt many news which will make the game even more attractive. Like is clear to everyone after years of PES monopoly about the official licences, finally EA was able to catch the Champions League, Europa League and European Super Cup ones.
In FIFA 19, furthermore, there will be finally the real names of the competitions even about “The Hunter’s journey” which will be replaced with “The journey in Champions” with the add of the Champions League.

The biggest news in FIFA 19 are been found with the gameplay which will have two big changes compared with the past. The first one is the system “Active Touch” which will actively affect the ball’s control, the defensive phase, the contrasts and the one versus one.
About the second one we are talking about the dynamic tactics thanks to which we can change the tactical phase both about the formation and about the real approach to the match.

Furthermore there will be introduced even new champions. Even if didn’t arrive the official confirm from EA, it seems that with every probability there will be even the chinese champion (where now there are many good players), the indian one and the italian C series which will be a real delight for the passionated of the minor champions. Obviusly everything is still to verify and we have to wait for the official news.

Cover and other news

About the FIFA 19’s cover, EA shown the first draft where, one more time, there is the Golden Ball Cristiano Ronaldo that wears the Real Madrid’s shirt, even though his probable goodbye to the Blancos.
For the videogames world it isn’t a news because, already the last year, Konami proposed a draft with Neymar with the blaugrana shirt even though his goodbye to the Barcelona (a while later) for arrive to the PSG. 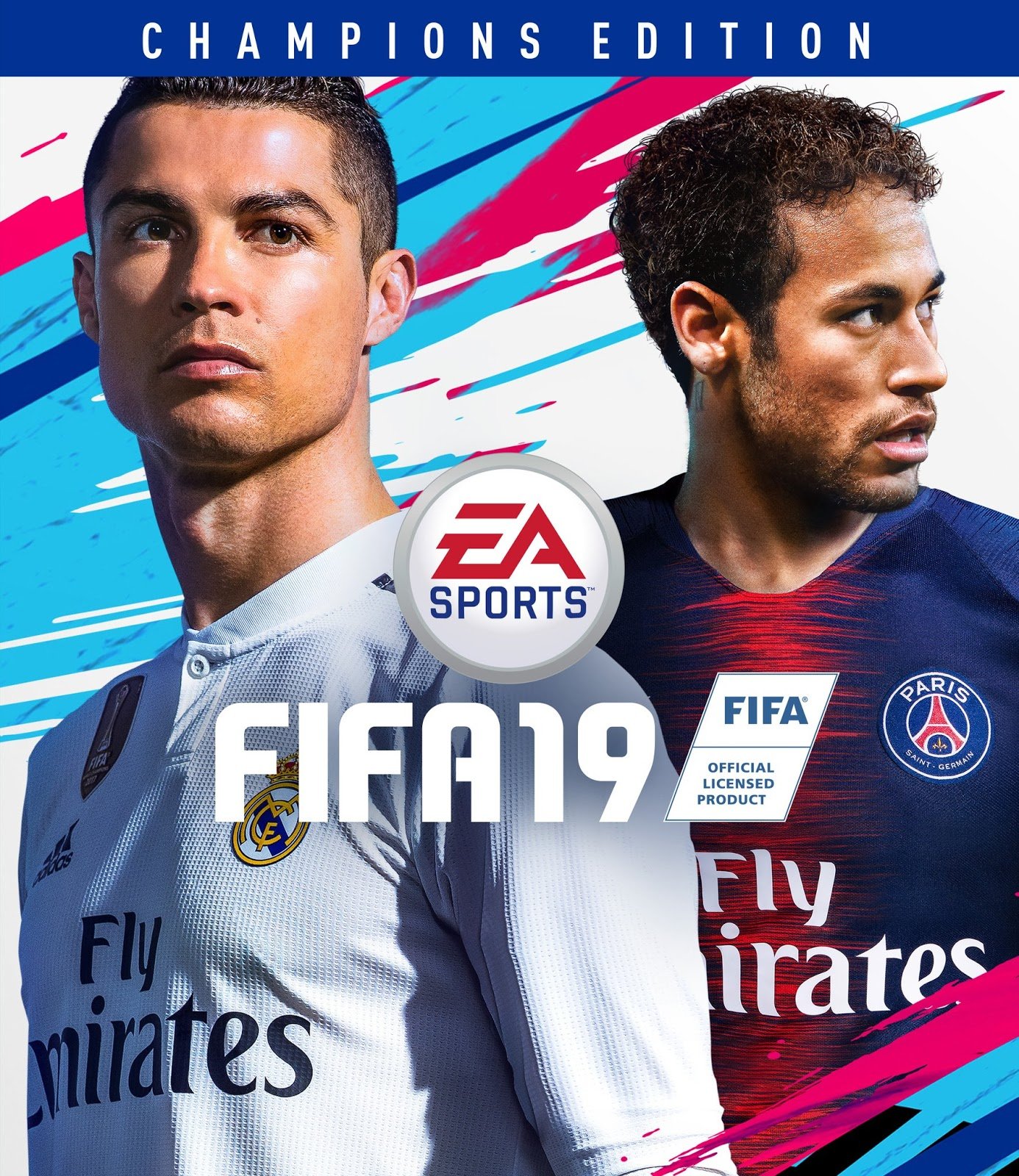 And it is Neymar that will be next to CR7 for the ones that will buy the Ultimate and Champions version.

The new FIFA seems to come out only for the next generation consoles between which PlayStation 4, Xbox One, PC, Switch and it will say goodbye to Xbox 360 and PlayStation 3.
About the Demo instead there isn’t nothing officially but it seems that it will be released around the 11th of September and it will have Real Madrid, Atletico Madrid, Manchester United, Manchester City, Bayer Monaco, PSG, Totthenam, Juventus and Borussia Dortmund.