The autonomous driving is, without any doubt, one of the biggest news of our age. It will allow the cars to be semi or completly autonomous about the way to follow from one point to another predetermined point.
The autopilot, though, even if it represent something totally inovative, always created many doubt about the safety, for both who is inside and outside the vehicle.
Let’s better see what we are talking about.

One of the first doubt about the autonomous driving is about the safety and the reactions of those systems in case of imminent danger. To understand: the vehicles with autopilot are projected to follow a predetermined way and bring the “pilot” from a point A to a point B.
Obviusly during the journey there are many obstacles and potential dangers like intersections, pedestrian traffic, overtaking, priority, etc. The modern technologic systems allows to refine the characteristics of those devices so to allow them to recognise any possible dangers and react quickly (halting, slowling down or swerving).

Anyway, the biggest doubt is about the “reaction” of those systems. Basically, a human driver is able, in normal conditions, to establish which is the best reaction to do to don’t put anyone in danger.
The autonomous systems, unfortunally, follow predetermined schemes so not always they can evaluate every single action in a remote way. For this reason in a danger situation they will react in the same way whitout considerate the specific action or any possible consequences.

Another doubt of the autonomous driving’s developers is the precision of those systems and the interaction that they have with the fisic pilot inside the vehicle.
To better understand what we said we need to analyse a real case happened in Florida in May 2016 that saw a men, Joshua Brown, losing his life inside his Tesla S because of a less precision functioning of the on-board system and his absence of attention.
His car was completly severed by a truck that the camera mistaken as a portion of sky and, consequently, it wasn’t sign as an iminent danger. About this point many debates are opened. There is who say, infact, that the on-board systems have to be more precise to guarantee the safety of the driver, while there is who argues that the presence of the human has to be always constant.
It seems, infact, that Brown, at the moment of the crash, was seeing a DvD, while his car was running at high speed (over the edge, according to the truck driver, but this hasn’t been confirmed yet). 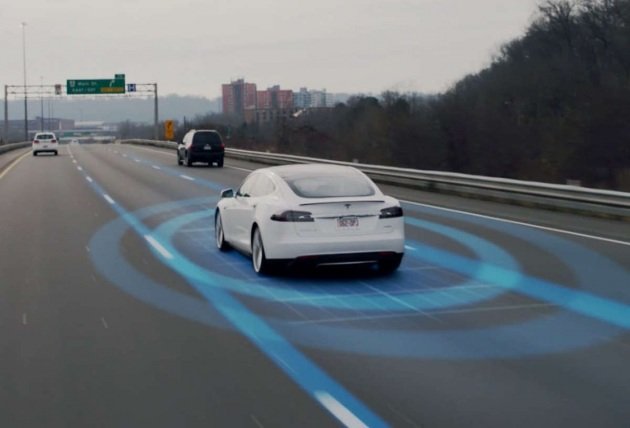 According to the first developers’ declarations, the autonomous halting’s system is perfect about the identification of frontal obstacles and a little bit less about the side ones.
For this reason, the truck, which was turning at the moment of the crash, wasn’t be recognised as a danger. Obviusly, though, if the man was attentive, could easily avoid the tragedy by personally healting.

For sure, like we already saw the development of the autonomous driving is a topic that create many controversy at the moment. Anyway, according to what we saw with companies like Tesla, which did giant steps in short time, it is possible to believe that in the future we will see upgrade that will allow those cars to be a safe instrument to guarantee the protection of the driver and the pedestrians.
In this way their usage can be spread not only in the private world but in the commercial ones too.

Mario Kart for smartphones and tablets

How will the Apple Car be

Elon Musk, the incredible rise of the new richest man of the world

Bolt 4, no more reckless driving with the new scooter