The futuro of devices is the transparency?

Foldable smartphones, 5G, ultrathin screens, 8K televisions, ultra hd, transparency. How many words, they pass by really quick, they are the new technologies, the ones that after a month are already obsolete, they last a moment and often we don’t even see them. A minute we are all focus to see the magic of the touch screen and the minute later it seems all so dull and obvious.

How can we really know what is waiting for the future devices? Too many things, too many wish to do, sometimes some news pass in the background, without get noticed and they finish in our houses without we even know how.

We are all focused on the foldable screens, astonished by the one that seems an impossible magic, and, almost, we didn’t see that this isn’t the only big proposal of the technological world. Maybe the future’s devices, besides to be foldable, ultra thin and incredibly performing, will be even transparent.

The transparent screen of LG: smartphone

There is the deposit and it seems even the technology to realize it. Even though this, while we are looking this year at the release of the foldable screen, for the transparency we might wait a little bit more.

The transparent screen of LG: television

If about the smartphones LG needs a little bit more time for the practical, with the televisions it seems unstoppable. At ISE 2019 in Amsterdam, infact, it presented the Trasparent OLED Signage. Let’s set aside the ideas that see protagonists the small devices and let’s see something more concrete and incredible.

The idea is the one to offer a product for shops and expositions, which will put the transparent display in front of the products, which will be anyway visible. On the screen will pass videos and images.

“The technologies Information Display of new generation that show to the visitors of this edition of ISE are without any doubt the most advanced solutions of the whole sector. At the base of our display OLED and of the products LED for the Digital Signage there is the technology LG, unique is focused toward the future. Thanks to our innovations we can offer the best solutions for the customers of all sectors”.

The transparent smartphone by Sony

LG isn’t the only one to think that the future of the devices is the transparency. The transparent smartphone Sony will have two panels OLED which can switch between a normal display and an invisible mobile phone. The screen will be, therefore, foldable.

Those are the rumors for Sony, even if there isn’t nothing official yet. But why do we need a transparent smartphone? To make the augmented reality much more immersive or to not obstacle the view of the surrounded environment while we are using the device, for example.

If the LG and Sony projects seem, even if amazing, so far away from the reality, you must know that a beginning of transparent smartphone already exists. We find it in the Huawei Mate 20 Pro and in the OnePlus 6T. Both of them have the area dedicated to the screen unlock through the fingerprint lightly transparent. Why? The transparency makes the fingerprints’ reading easier.

The transparent television by Samsung

Finally, even Samsung follows the way to the transparency, with its new televisions QLED. This time, however, we aren’t talking about a real transparency, but much more about a camouflage. Those smart TVs, infact, are implemented with the function Ambient Mode, by transforming the television in a real design object, by showing the time or the news or, even, by recreating the wall texture, making it almost invisible. 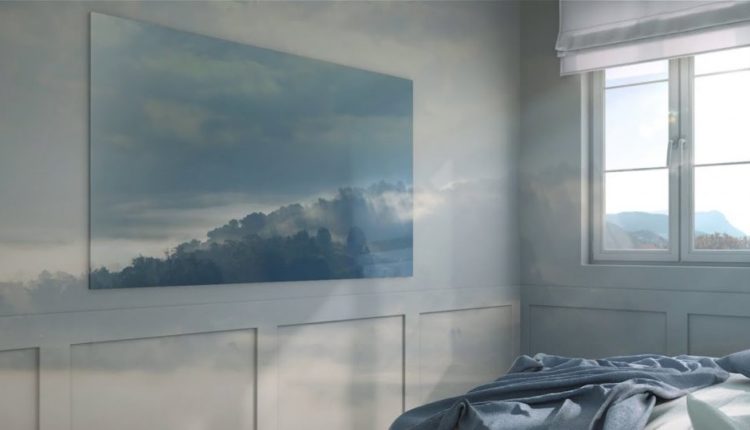 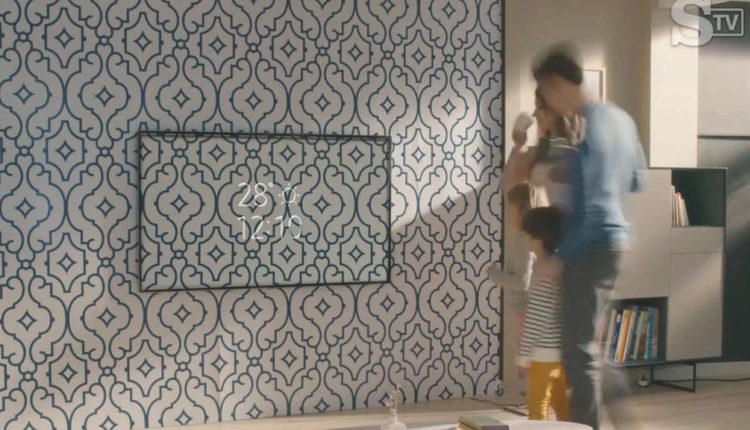 There are many, so, that think the transparency is really interesting, who knows if this will be the main characteristic of the next future devices.

Virtual reality according to Nintendo

Hi-tech gadgets: the best ones of January

Smart Fridge, when your fridge talks

Transparent TV: for Xiaomi it is reality