The story of Kingdom Hearts 3 is a story of friendship and adventure. In the shoes of Sora, the protagonist, we get through the worlds Disney and Pixar, in the attempt to avoid that the villains Heartless conquer the universe.

Sora is a boy that finds out to have special powers and which will have the duty to save not only one world, but all the worlds of the universe. To help next to him there will be Duffy Duck and Goofy.

Sora, the Keyblade’s keeper, will have to travel through the most famous Disney and Pixar worlds, to avoid that the Heartless will conquer them. In their trip the three will meet many between the most famous animated characters. The friendship will beat the evil.

The videogame, the third of the saga, will come out in few days, the 29th of January of the 2019, and it will be available on Playstation 4 and Xbox One. 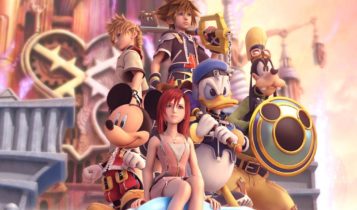 The idea of Kingdom Hearts dates back on the 2000, when Square Enix together with Disney Interactive, decided to give life to the first one of the saga.

In the first two chapters the Disney characters fight next to the Final Fantasy ones and the other of the Square Enix’ games. A crazy and brilliant idea. The second one was released in the 2005.

In the 2010, instead, came out a further game of the saga, not consequential with the previous ones. The title told the stories of Ventus, Terra and Aqua, Keyblade’s masters. Other remix and spin-off were released in the years, until to arrive to Kingdom Hearts 3.

The new, in this last chapter, is that besides to the Disney worlds, here, we will find even the Pixar worlds.

The worlds of the main saga

Let’s start with the worlds of the main saga, that nothing matches with the Disney fairytales. They are three: Twilight Town, Keyblade Graveyard and Scala ad Caelum.

What in the last months came out about those worlds is that they are much more bigger than the ones in the previous titles. They won’t be extended only horizontally, but even vertically.

Twilight Town is a town created artificially thanks to the same memories of Sora. It is probable that it will be from here that everything will start and that this is a key world for the whole story. 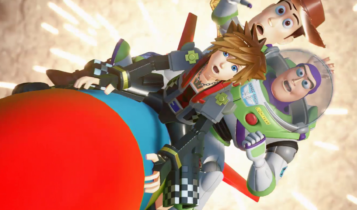 Many where unhappy by the number of worlds. The fans that were waiting for it for a while hoped in something bigger, but it is assumption that the main worlds are just what arise on the surface.

The game will sink its roots much more deeper, realizing an epic and unforgettable game, as well as it promises to be.

The final chapter will see Sora, together with the seven guardians of Light, destroying the New Organisation XIII.

The worlds of Kingdom Hearts 3 will be:

As well as many quotes, outside the main worlds, like Ratatouille or Wreck-it Ralph.

Came out many images which reveal some interesting detail, like the possibility for Sora to make a Selfie.

“There were great and logical reasons to our Disney worlds choice to insert, like for example impress a larger audience.

But if I have to be honest, the reason because we chose the worlds of Frozen and Rapunzel is due to the fact that they made us excited: from the gameplay point of view, there are a lot of crazy and particular things to do with a snowman that goes on talking after its head fell down from the body, or with a princess that has really long goldish hair”.

It doesn’t remain nothing more than wait a bunch of days to see with our own eyes what will be in Kingdom Hearts 3.

Life and death on the Moon

Videogames for kids for Christmas