The case Huawei: the arrest of Meng Wanzhou

Meng Wenzhou is the daughter of Ren Zenghfei, founder of Huawei, and financial director of the company of the father and vice president of the management board.

The first of December of this year, Meng Wenzhou is been arrested in Vancouver, Canada, under warrant of the United States that asked for her extradiction and fixed the hearing for the last 7th of December.

Meng Wenzhou violated the american penalties against Iran, by selling american technologies (contained in the products Huawei) to the islamic country, this even though the USA imposed an embargo.

The arrest and the release 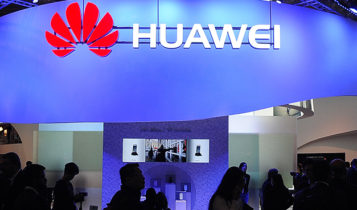 The first of December took place the arrest of the daughter of the chinese colossus, in a Vancouver’s airport, after that they taken her into custody until the 12th of December.

Since the beginning, after the arrest, Meng required for her right to the “pubblication ban”, using the right to ban of the spreading of informations about her case.

Even though this it is hard to keep secret the news when it’s about public figures in the global panorama. Obviusly since the beginning the company and the chinese government defended the Huawei manager, considering the arrest “a seriuos violation of the human rights”.

Huawei claimed to don’t know about any illegal made by the financial director.

The 12th of December the canadian authorities released Meng, also known as Sabrina Meng, name used in Occident, for a bail of 10 millions of canadian dollars. Even though this they confiscated to her the passport and they applied an electronic tracker.

She was, finally, allowed to stay in the Vancouver’s house of the husband. The process will start the 6th of February and if she will be considered guilty Meng risks up to 30 years of prison. 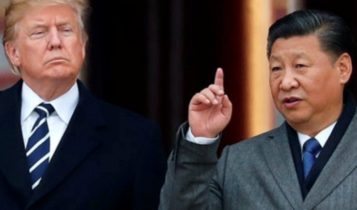 Huawei is mainly known for its smartphones, but, like all the big companies, this isn’t its only work.

The company its divided into three branches and only one of them is about the smartphones.

Wenzhou has an important position, obviusly, and she controlls the financial operations of all the three branches of the company.

The one that most worries of the United States its the Huawei‘s effort for the telecommunications infrastructure.

Even though the company always said to be totally divided from the governative activities, the war of trades between China and USA, inevitable involved even them.

The american, english, austrialan and new zealander governments have a completely different view, they accuse the company to be excessively close to the Chinese government and to the Communist Party. The governments are trying to avoid the partecipation of Huawei in the realization of the new mobile networks.

They are trying, therefore, to convince even the Canadian government to exclude the chinese company to the realization of the new generation networks 5G.

The relationship between the two mondial powers are always a bit uptight.

Right for the smartphones Huawei, which in the world reached the second position for number of sales, after Samsung, in the United States are basically unfindable.

In the military bases there is even the ban for those devices. It is known that the United States are always a bit too much in all they do, but who knows if this fobia is solid.

The new of the arrest of the founder’s daughter of one of the biggest chinese companies without any doubt contributed to further tighten up the relation.

And sure the Meng’s claims after the release don’t help to decrease the divergences neither: “I’m really proud of Huawei and of my country”, which would be normal, if itsn’t for the thoughtless with which the company is standing against the first mondial power.

They released, furthermore, some indiscretions according to which Meng spoke in a meeting of the management board by saying: “A company can even temporarily decide to not follow the rules”.

But not following the rules always brings to unpleasant consequences, especially when you are to so high levels. Override an embargo isn’t something small, it could bring to damage the relationship between the two countries irreparably.

All of it together with the G20 which took place in Argentina, where right the american president, Donald Trump, and the chinese one, Xi Jinping, signed a break in the trades war.