By Veronica Perotto On 5 Sep, 2018
Condividi

“Around the 7 o’clock of Wednesday of 29th of August the air traffic controllers of the International Space Station in Houston and Moscow started to see signs of a small pressure drop in the spacial complex”, it is what is written on the NASA’s documents published some days ago on the blog and the official social pages which warn about the severe problems on the ISS, especially on the soviet spacial vehicle, the Soyuz. 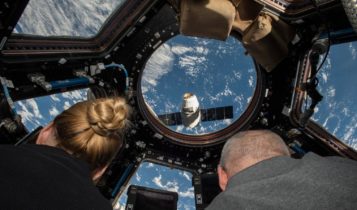 Early established that there wasn’t any risk for the crew, the air traffic controllers decided to let the members of the Expedition 56 sleep, while they were verifying the datas from the Earth.

Right after woke up though, the Control of Houston and the control center in Moscow, started to work with the astronauts to identify the loss’ position.

In this moment onboard on the ISS there are the commander Drew Feustel and the flight engineers Ricky Arnold and Serena Aunon from the NASA, the astronaut Alexander Gerst from the ESA (european space agency) and the astronauts Oleg Artemyev and Sergey Prokopyev from the russian space agency Roscosmos.

All of the six crew’s members worked together to understand where was the source of the problem and finally they found out the loss in the russian competence station’s segment.

The damage at the Soyuz

While the astronauts were working to locate and after repair the loss, from the Earth the air traffic controllers were continuing to track the situation, making sure that there wasn’t any risk for the crew.

The loss is been found on one of the two russian spaceships, the Soyuz MS-09, hung up to the module Rassvet, in the russian segment of the international space station. After a morning of investigations the loss is been located in a small hole of around two millimeters, caused by the impact with a meteorite, and isolated.

Located as the area of the problem the russian segment, to end up the operations was the russian commander of the Soyuz, Sergey Prokopyev. The astronaut repaired the hole using an epoxy resin and a bandage. Because of the pressure drop was happening from inside toward outside and not vice versa, won’t be needed any extravehicolar activity to repair it.

Finally, to partially increase the atmosphere of the station is been used the oxygen of the cargo ship ISS Progress 70. The air traffic controllers, though, continued to track the pression of the station to make sure that everything is going well.

The future of the Soyuz 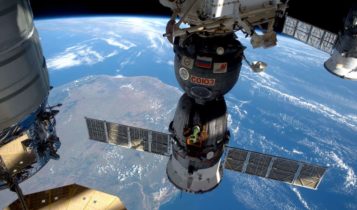 With the name Soyuz are known a serie of russian spacial vehicles. The first flight of the modules Soyuz took place in the 1966.

Since the 2011, after the cessation of the service of the Space Shuttle, the modules Soyuz are the only spacial vehicles able to bring the astronauts on board of the international space station.

After all the checks made by the controllers of Houston and Moscow they say that they are sure that there isn’t and there never was any risk for the crew of the station.

By the way the Soyuz won’t bring any astronaut on the Earth. Was already supposed that the Soyuz MS-09 won’t be used to bring any member of the crew back on the planet Earth, so the problem won’t lead any change on the mission’s plan.

Other cases of this kind

Luckly in this case the depressurization wasn’t sufficient to risk the crew’s safety, but this isn’t the first time that the ISS has to deal with this kind of problems. In the 2007 happened another pressure drop, even in that case the rapid action of the ground and on board crew, made sure that there wasn’t any risk for the members of the crew.

In that case the loss was found in the module Harmony, in the american section of the station. Both of the situations wasn’t so serious and both of them were managed perfectly, but the depressurization is extremely dangerous for the crew and not even a small hole of just a couple of millimeters has to be treated lightly.