A walk into the italian spaceport

The next frontier of the luxury’s holidais is the space. After such wait, it seems that the day on which even the most common people could finally see the Earth from above, is almost arrived. Are you ready to go inside the italian spaceport for a walk?

Space ships that will allow us to fully change our vision of the world, to realize a dream and to change every our preconception, bringing us two steps away from the stars. Between them we find the BFR, of Elon Musk, which already made the first ticket for the Moon and the Virgin Galactic, between the two main competitors for the primacy to the spacial turism.

“Anyone who has spent any time in space will love it for the rest of their lives”. – Valentina Tereshkova

What a spaceport is 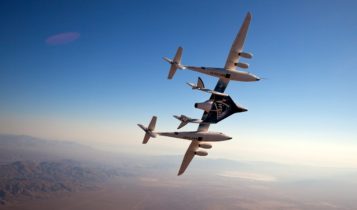 A spaceport isn’t so different then an airport, with the only difference that the destination of its vehicles is just some hundreds of kilometers upper, in the space.

The thing that until now was a sector limited to the only scientific and military purposes, now open the doors to the big audience. So the spaceport won’t be anymore the place where probes and pods are launched by a rocket towards the infinte, but a place of surely more affordable dreams and hopes.

There will be gates and taken off and landing runwaies, right like a normal airport. Let’s forget about vertical taking off and rockets launched to incredible speeds, countdowns and astronauts into shape, the future touristic flights towards the space will be more conventional. 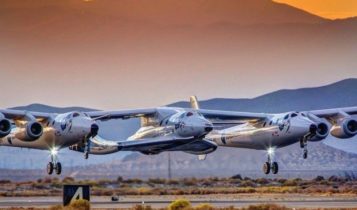 The italian spaceport will arise in Puglia, where there is already the airport of “Marcello Arlotta”, in the area of Taranto-Grottaglie. The airport is been chosen after a careful assessment of all the italian airports.

To deal with this kind of take off and landing, the airport have to follow some essential standards about: the runway’s lenght, the no-fly zones, the closeness to other airports, etc. The Grottaglie’s airport was the one that more satisfied the fixed standards.

Due to the fact that the flights will be more conventional, like we said, and not as we imagine at the moment the take offs towards the space are, the workouts to do aren’t so excessive. They will have to lightly modify the infrastructures, to add some hangars and to implement it with areas appropriate to the performance of technical and scientific activities, as well as the services that will work to receive the customers of the extraluxury flights between the stars.

The agreement with the Virgin

All of it will be possible thanks to the agreements taken with the Virgin Galactic, that like we said is between the first competitors for the spacial tourism. Furthermore the company already have all the vehicles for the suborbital flights. To miss are just the last tests, but they should be ready to take off towards the space already in few years.

The Virgin already signed an agreement with the ASI (Italian Space Agency). While the Virgin will finally realize its such wanted touristic flights, the ASI will have its help to launch in orbit experiments and research’s instruments. The agreement, therefore, provides that an italian mission’s specialist will be on board of the Virgin’s ship.

How will the flight be 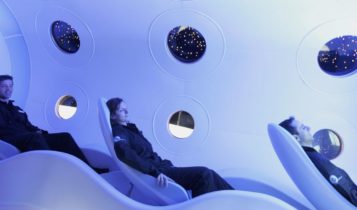 The flight will start like a normal airplane’s take off. The mother ship, the Space Knight Two will arrive to an altitude of 15 kilometers and there it will unhook the SpaceShip Two, a small rocket which can reach 100 kilometers of altitude. On board of the SpaceShip Two there will be six passengers and two members of the crew.

For the passengers this little trip between the stars will cost 250.000 dollars. At the peak of the trip the passengers will fly for six minutes inside the ship, by trying the microgravity, and be amazed by the planet Earth from above.

After that the rocket will glide again on the spaceport’s runwaies like a sailplane. All of it will be just 1 hour and 40 minutes long.

The Virgin won’t pay a rent for the usage of the italian Spaceport but it is provided a real cooperation. Now to miss are only the laws, because in Italy there isn’t any legislation for the air space above the routes followed by the line flights.

We are so close to the moment where everything will be ready for the launch, the Puglia’s spaceport could be operating already in the 2020.

The helicoidal engine for the space travels