PostePay: how to recognise the frauds

PostePay is now years that gives an easy and efficient service to its users by providing, thanks to the mode PostePay Evolution, even the possibility to have an IBAN on which accredit the salary and other kind of payments.

Unfortunatelly though the weasels are always around the corner and during the last years were spread many frauds that use this kind of payment circuit.
To better understand let’s see the most common frauds and the ways to recognise and avoid them.

The socials: a real minefield

The increasing of the frauds against the PostePay users has gone hand in hand with the social network’s spread with the consequent increase of the users.
The point is that the “new generation” fraudsters use those channels where they found a fertile ground for their bad actions.

The modus operandi is really easy and at the same time devilish. With the spread of the social networks infact the companies (between which even PostePay) really increased their communication on those channels with their users. 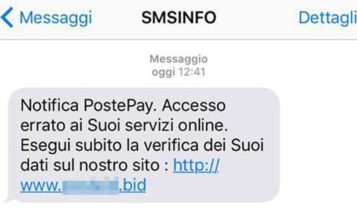 This gave life to many complaints straight on their home pages, complaints to which the authorised employees have the possibility to answer.
The frauders operate in the moment when the users make the reports on the official pages.

Their approach is easy and direct: they contact the relevant impersonating the employees and they invite him to send sensitive datas to solve the problem. Obviusly those datas are then used to empty the card of the poor victim.

The one of the “fake operator” though isn’t the only fraud. There are infact other two very spread that unfortunatelly are still claiming victims.
The first one is the one that use a system as antique as successful: the messages. Usually we talk about SMSs or even WhatsApp messages sent by fake contacts which, one more time, impersonate the PostePay operators or anyway write under the name of the company.
The scenario is more or less always the same: it arrives a message where they say that there were a problem with the PostePay card or, in some cases, that notes an occured payment.

The fraud happens because to see the problem or to unlock the received payment we need to click on the link. Obviusly this link is malicious and it is able to track the users datas giving them to the frauder which has the possibility to clean up.

The other fraud really in vogue in this period is always about the social networks and especially the growing phenomenon of the markets on the facebook groups. Ever more people infact make purchases (especially about clothing and accessories) on those market places.

One size does not fit all but we have to say that many of those sellers are in reality frauders. Once made the charge with the established amount or with an advance, infact, they disappear without leaving a trace.

How to protect ourselves?

We saw that the frauds’ phenomenon about PostePay is growing. By the way it is possible to protect ourselves making some few precautions.

Firstly it is good to keep in mind that the PostePay operators that report errors through links doesn’t exist. For this reason if we receive suspicious links is always good to ask to the official customer service reporting everything. Furthermore it is essential to avoid to leave sensitive datas if we see something suspicious and to always ask to the official sources.

In same cases, instead, a way enough efficient is the one to associate our own PostePay with a safe telephone number with which “unlock” the payments, if it is a two elements authentication. Basically at the moment of the payment the system makes an authorisation’s token, a kind of timing code of few numbers, valid for a session of 60 or 90 seconds, that is been sent to the telephone associated with the card. The payment won’t happen until the number won’t be manually typed by the card’s owner. 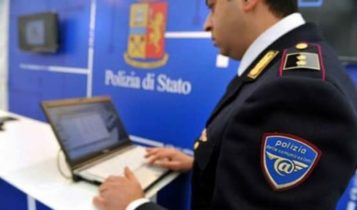 About instead the markets on the socials we need to do attention. There are infact honest sellers that works on those channels but, usually, making some charges without investigate on the person is really dangerous.
In every case for every fraud or suspect we can ask to the postal police which will do the investigations about it.