By Veronica Perotto On 8 May, 2018
Condividi

The medicine made giant steps, in parallel with the technolgy, and sometimes they melt into one unique big project. To follow the immortality’s dream there are many other unforeseen. Nowadays we explore the universe, we break down the sound’s wall and we quickly getting closer to the light’s one, we create robots, skyscrapers, why should we be worry by accidents, sickness or by the time’s flow? The medicine sometimes seems a far away future, but it is already present, here you have some examples to how the technology cure us and improve us. 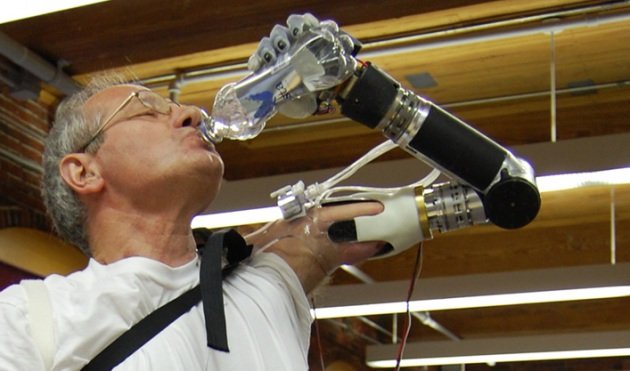 By the prosthesis’ point of view has been made really striking jumps forward. The last generation prosthesis give back to the people that lose a limb an almost complete sensitivity, by being able to manage all the fingers and to give them the right strenght, by making actions that everyone else could think are elementar, like open a jam’s pot, turn a key into its hole, etc. Some prothesis, still in the planning phase, will be even able to give back the sense of touch. 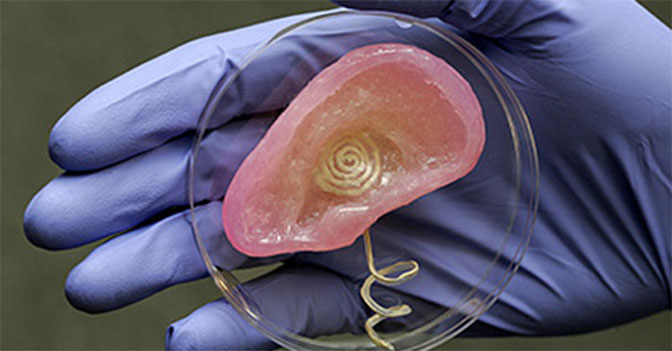 The bioprint is the future of the transplants, breaking down the infinte waiting’s list, the risk of rejection and using organs almost perfect. The bioprint’s study is spread all over the world and soon it will enter in the daily of the medicine: in Princeton is been printed the first bionic ear, in Cambridge the retina’s cells, while the american start up Organavo wants to arrive even higher. It, infact, with Invetech, realized Novogen Mmx Bioprinter, 3D printer that already given the birth to blood vessels, muscles and even a liver, that, though, at the moment, was able to survive only 5 days, perfectly working.

Biotronik is a producer leader to a global level of cardio devices and its last creation is astonishing. Lumax 549 VR-T DX is an implantable cardio defibrillator. 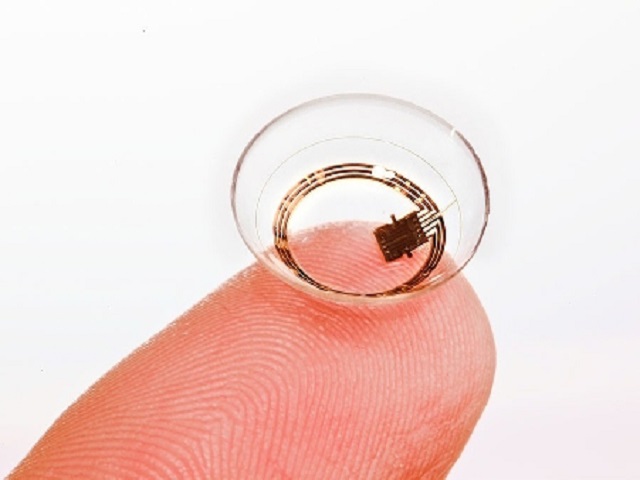 Those particular lens are been made by a global colossus that recently decided to rushing headlong into the medical sector, Google. The contact lens measure the glucose’s level in the tears, sending the informations to the associated smartphone. Furthermore, if the glucose’s level go up or down besides the media, they change the color to reveal us that there is something wrong right now.

This fake mole, underskin implantable, is been realized by the federal polytechnic of Zurigo’s researches. It gets darker, becoming visible, when the calcium’s level in the blood increase, this is one of the first symptoms of at least four of the most spreaded kinds of cancer (breast, prostate, colon and lungs).

Besides the 3D printer that prints alive organs, another solution are the artificial organs, realized to replace the humans’ one for a limited period of time, but that they are becoming ever more efficient and durable. One of the cases that more impressed is the one of few weeks ago, at the “Bambino Gesù” of Rome, where a 3 years old toddler received a mini artificial heart, of 15 mm of diameter and 50 grams of weight. This is only the second time that the prototype is been used.

Here you have another pair of contact lens, this time apparently for normal eyesight problems, that, though, to the solar exposure, they become a really solar glasses.

We don’t see yet modified super humans going around the street, lifting a track with only one hand, but in the future it could happen. A group of engineer of the university of Illinois, infact, realized carbon muscolar fibres, able to lift up to 12 thousand times its weight.

Alterego is a device realized by the MIT’s researches, able to read in your thought, literally.  At the moment the experimentation wants to involve it with the virtual assistant’s system, but in the future it could give voice to the people that unfortunatelly can’t speak.

The screen skin or the alive tattoo 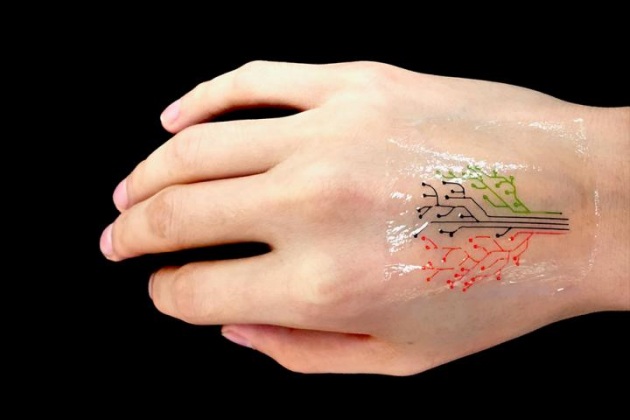 The implants that allow to have general framework about what happens around us and inside us, are really already many. An example is the alive tattoo, created by the MIT, realized with bacterial cells, able to feel the air pollutions, the temperature’s changing and the PH’s variations. Another implant is been realized by the university of Tokyo and it is able to give us informations about the heart rate and other clinical parameters.

The software that finds the missing children

Senile dementia: the help comes from the technological world

The usages of the virtual reality in the medical field