The dark matter is a hypothetical not observable matter’s component, because, unlike the normal matter, it doesn’t emits an electromagnetic radiation, but, however, it can be seen through the gravitational effects. The scientists estimate that the dark matter represents almost the 90% of the universe’s mass, this should keep together the galaxies, that otherwise they will wander around in an empty space, without gravitational force. At the beginnig it is been called “missing mass”, but this wasn’t correct, there is but it isn’t observable, otherwise we couldn’t explain the gravitational effects that it has. This unknown matter was finally called “dark matter”, because it is just the light to be missed. The dark matter’s concept, however, it is plausible only in an universe teorically come from the “Big Bang”, but there still are many scientists that has different theories about it.

It is been found the first galaxy without dark matter

A recent discovery, though, put in crisis all the theories formulated until now about the galaxies’ birth as we know them. A Yale’s researches team, guided by Pieter Van Dokkum, published on “Nature” their researches after the observations of the galaxy NGC1052-DF2, made firstly with the Sloan Digital Sky Survei and then with the Dragonfly Telescope Array. This galaxy has something really particular, there wasn’t, infact, any presence of the dark matter. The same team couldn’t believe about what they discovered. “We didn’t think to find a galaxy without dark matter, because this invisible and misterious substance is the dominant aspect of every galaxy”, said astonished Pieter Van Dokkum. The galaxy, therefore, has more or less the same size of our Milky Way, but only the 0,2% of the stars that our home galaxy has. The team, after the discovery, wanted to clarify everything, using the telescopes Keck and Gemini North, on the isles Hawaii. This time the team studied the speed of the clusters inside this galaxy and they come to the conclusion that they are kept together only by the really visible stars and not by invisible gravitational forces. It is been come to the incredible discovery that this galaxy, light years far away from us, it is the first known galaxy lacking dark matter, or almost. Van Dokkum, infact, said: “If there is dark matter it is really few. The galaxy’s starts realise the whole mass of it, and it dosn’t seem that there is any more space for the dark matter”. It is easy to understand that this discovery could put in crisis all the certainty that the scientific world had until now, it is been demonstrated that not all the gaalxy act in the same way. 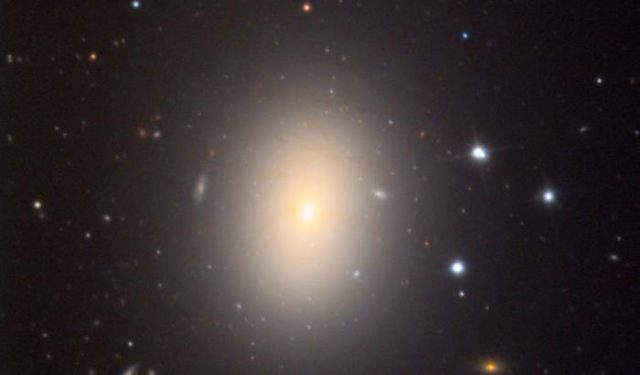 Paradoxally, though, the discovery of a galaxy without dark matter could confirm its real existence. This because it could be possible to really observe the scenarios, only hypothetical recreated until now, of how a galaxy will act if it was lacking of dark matter. The discovery, so, demonstrate that the Newton’s gravitational rules are right, silencing, at least for the moment, who said the contrary. Therefore, the lacking of the dark matter, make this particular galaxy “transparent”, it is possible infact to observe the universe’s portion that is behind the galaxy. Meanwhile, the team is still checking around the universe, looking for some similar galaxy, and the candidates are already 23. The whole scientific community is looking forward this discovery and they come to the conclusion that we still have a lot to discover about the universe’s misteries. Van Dokkum concludes by saying that “Maybe we are just looking the top of the iceberg”, who knows how many secrets still hide the universe.

The strange case of the galaxy without the black hole

The new and more detailed map of the sky