One of the many mystery hidden behind the Galaxy that surrounds us and that will keep to interest many scientists in the next few months it is the one of Tabby.

The original name of heavenly body is KIC 8462852: it is a star become famous for a curios phenomenon. Tabby, this is the name that they gave to it, is characterized by continuous black-outs of the lighting and for this reason it is been the subject of study by researchers and passionates by all over the world.

Tabby is an average star, about the 50% bigger and thousands degrees hotter than our Sun. Cross-referencing the datas with the Kepler’s telescope, the researchers studied the decrease of the light of the star until the 20% less, this made the experts really curious.

Many and curious are the hypothesis that are made to justify and explain the light’s decrease of the star Tabby. Between those the most creatives are the one stating the presence of corollary’s planets and, especially, the one about a massive alien structure.

From the research came out that it is a natural phenomenon to cause the brightness change of the heavenly body. It is a not cloudy object to cause the light’s interruption of the star Tabby, this is the proof that it is, probably, a disc of dusts that is obscuring the star.

“The new datas show that everything situated between us and the star is not cloudy, like could be a planet or a massive alien structure”, said the principal author of the study published on The Astrophysical Journal Letters.

According to the experts the dust or the comets’ ride is the most plausible scenario. The research was focused on four different changes of brightness seen from the last May, that are called Elsie, Celeste, Scara Brae and Angkor. The last two names, about ancient lost cities, have been choosed because what we are looking now about the star it happened 1400 years ago, cause Tabby is in the Swan’s constellation, at 1400 light years from the Earth.

The new confirm, after the one of the last October, presented by the Nasa’s scientists and the AstroLAB IRIS laboratory (Belgium) one, came from the researchers of the University of the Louisiana, coordinated by the doctor Tabetha Boyajian, the researcher that discovered the star in the 2011 that inspired the nice name of it.

To this new research, though, participated also hundreds passionate of astronomy. Besides to finance the fundraiser’s campaign on Kickstarter, to point a group of telescope on the star, the community gave the processing power of their own pcs to elaborate the datas, living so a real rain of new informations to the Boyajian’s team.

The researchers crossed those datas with the ones taken by the spatial telescope Kepler and in this way they could finally discovered that the lighting’s changes of the star – with rapid changes until the 20% – are a natural phenomenon. 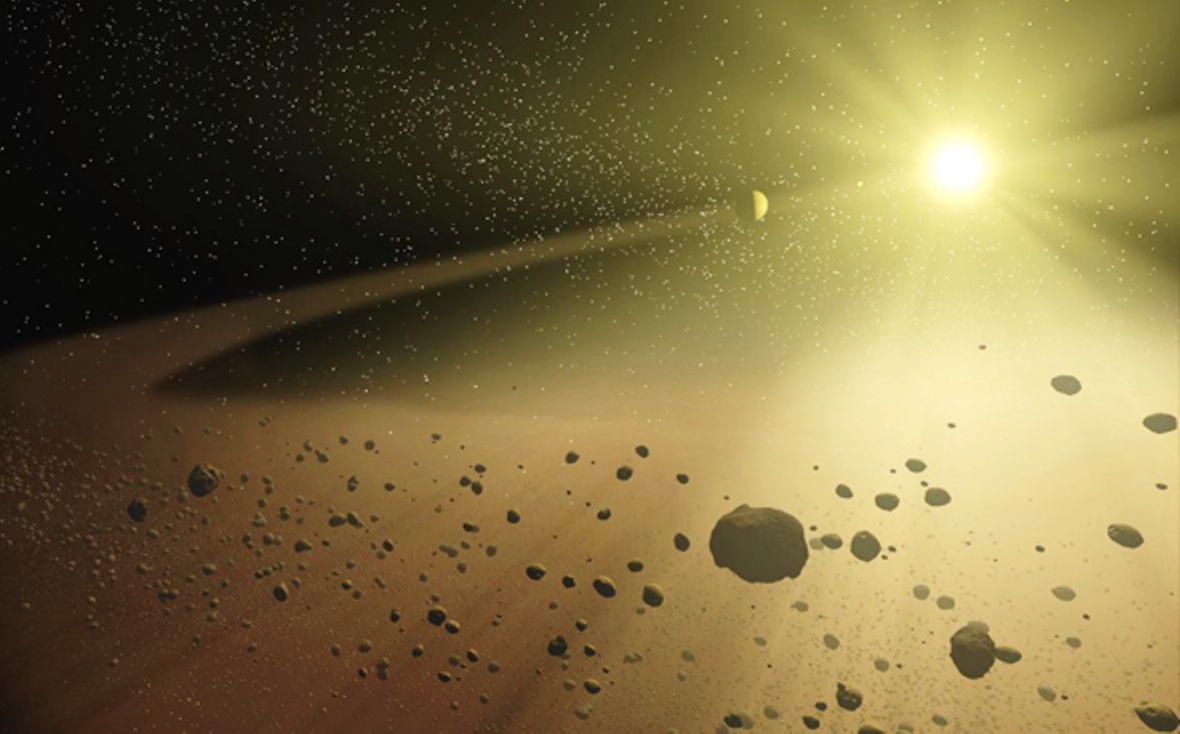 «Our hope was the one to see a lighting’s change of the star in real time, on all the wavelenghts. This behavior would  indicate the presence, in the star’s surrounding, of something cloudy, like an orbitant disc, a planet or a star, or even some bigger structure», explains Jason Wright, researcher of the Penn State Department of Astronomy and Astrophysics.

Though, the team discovered that the star’s light decreased more at some wavelenghts. «Very probably the cause of this lighting’s change is caused by dust, that change with different wavelenghts, it is never completely cloudy, like it will be with a planet or an alien structure», said Boyajian.

The mystery of the star Tabby is very interesting and more than 1.700 people donated more than 100thousand dollars to the Kickstarter’s campaign, the American platform of crowdfunding, to support focused observations of the star using a group of telescope all over the world.