After presented it with much fanfare to the new Pixel 2 event, in the month of October, Google finally decided to launch on the marketplace Clips, the first camera equipped with atificial intelligence. It is a device that doesn’t point on the absolutly quality, but to capture moments otherwise impossible to catch.

The first pieces are available for the pre-order at the price of 249 dollars only in America and the first deliveries will happen at the end of February. We have to wait another month to discover the real functions of this technological jewell.

Clips: here you have the first Google’s camera with artificial intelligence

The camera is equipped with a system of machine learning completly functional offline that is able to understand when the situation is becaming interesting (a smile, a dog shacking its tail…) and so filming short movies, called Clips, from which it is possible then to extract high-resolution pics. Google explained that nothing will be uploaded on internet without any specific owner’s authorisation and that a status’ LED always indicate when the device will be in the registration’s mode. To teach the algorythm the Mountain View’s group used the professionals’ skills: a documetaries’ filmaker, a photojournalist and a photographer. Basically, BigG teached the camera’s AI giving to it a series of good and bad examples, in the way that, identifying pattern and anniversaries, the system was able to label a picture like correct or not. Between the considered parameters there are the focus, objects which cover the viewing (let’s think, for example, when the camera is inside our pocket). Here you have a video that shows the functioning of it:

The thing that, at the moment, is only an hypothetical scenario is well described in the book The Circle by Dave Eggers. Where the privacy succumbs in front of the necessity of completed (and distorted) transparency and a camera, SeeChange, which has «the shape and the size of a chupa-chups» shares in streaming everything that we see. Nothing is private any more, we don’t choose what to play but are the others that choose what they want to see about our life. Google thought about Clips as a home carer that could revolutioning the family’s album, but Elon Musk, visionary businessman that founded companies like Tesla and SpaceX, saw in it another shadow. He, that already listed the numerous risks of the artificial intelligence, said something even about this last news. And infact, if we think that the pocket camera could be hanging not only inside our home, but even in public places, close to another house’s door’s entrance or even on the pcket of our jeans, the possible usages increase.  And not all of them have a positive usage. 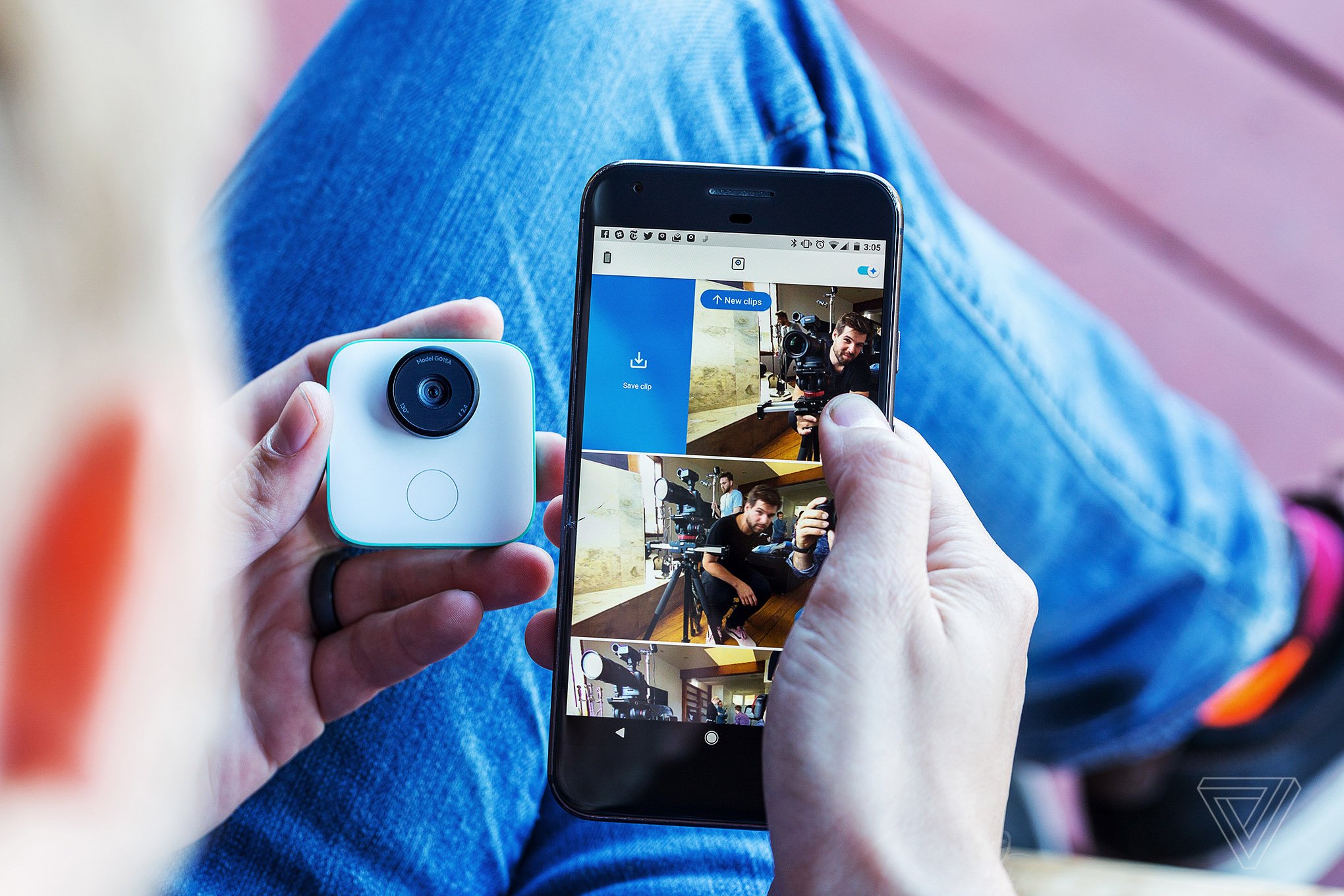 From the technical point, Clips takes a large visual field of 130 degree, the video registration arrives to a maximum of 15 FPS. The battery guarantees up to 3 hours of catching, it charges itself through the door USB Type-C, while the Clips’ total weigh is only of 60,5 grams. The sensor has a night mode and very large pixel, 1,55 micron, it supports the autofocus and, between the smart functions, there is the automatic tracking of some clearances in front of the lens, so the user will know if it is necessary to act thanks to a notification on the smartphone. Maybe the price of $249 is a little bit high, even considering the video registartion of only 15 FPS, but we can avoid to think about this problem because our country isn’t between the ones where it is bookable and there isn’t a future available’s prevision neither. Anyway, we are ready to enter into the future. A reality dominated by aritificial intelligence, electric cars and shocking inventions that will change, we hope in a positive way, our common way to live.