Hyperloop is a technology under construction that opens the doors (or the tube?) for the future. It is infact a means of transport at high speed that consists in a pod “shoted” in a tube. We already spoke about it in the article giant LEGO of Elon Musk. 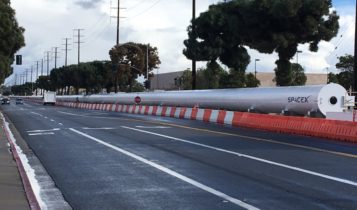 Let’s come back in time of some years when the space agency of Elon Musk, SpaceX, launched a challange. The idea was the one to create a means of transport quick, efficient, cheap and ecofriendly: which is Hyperloop.

In its californian headquarter SpaceX build a small system hyperloop, around a mile long and six feet tall. After that, in the 2015, it launched a challange to innovators and university which are interested in technologies and solutions about the high speed transports, all over the world.

The challange consists in building a pod, which will be the train vagon. It will have to adapt perfectly and efficientily itself to the structure for the high speed realized by SpaceX.

The SpaceX Hyperloop Pod Competition took place in January of the 2017, in August of the 2017 and in July of the 2018. The three competitions are unique in them kind and they were used to support the project of SpaceX as well as to encourage the young team to enter in the innovation world by realizing the design of the hyperloop’s pod.

For the 2019 Pod Competition were added some points to follow. Every team will have to have them own communication system. Furthermore had been changed some lines about the propeller and the stop.

The competition will happen the next summer, but for that time who knows if the first real size prototype will have already made its first rush.

Who took up the challange? 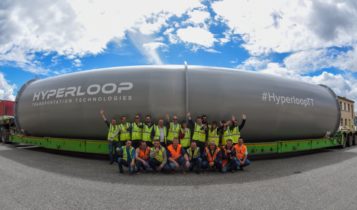 Who took up the SpaceX’s challange to touch the sound speed inside a pod shoted in a tube? Even though it can seem a terrify experience all the involved teams and even the same Spacex ensure that the Hyperloop transport system is 10 times safer than every other kind of transport.

The Virgin, with its Hyperloop One, seems to be well on the way, even them have a “tube” similar to the one on the SpaceX’s headquarter, to make the tests. We find then the HyperloopTT (Technologies Transportation), which co-founder is italian. They already presented the first pod prototype in real size.

How does Hyperloop work 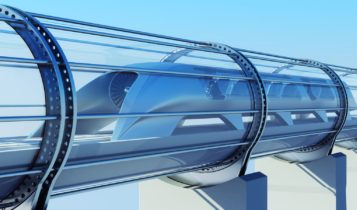 Before to find out how the teams that are competing move let’s try to understand which is the purpose that they are following. Hyperloop is a kind of magnetic levitation train, aerodynamic, shoted inside a tube.

This tube is been pressurized, emptied from the air, to then push the pods through the compressed air on the back. Doing that the pods will reach the speed of 1200 km/h, almost touching the sound speed.

Everything without fuel, but with the only electric energy, produced by the solar panels. This means of transport will run the distance Rome – Milan in 25 minutes while to connect San Francisco and Los Angeles it will need 30 minutes.

A race against the time 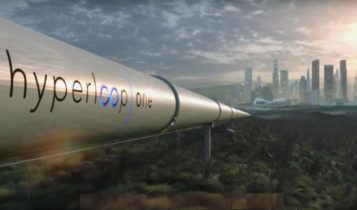 The target, now that in the hyperloop scenario arise many names, is the one to beat the other competitors on time, to can say to be the first one to connect two places with a real hyperloop system.

The line might be soon working. But to let hope it is the italian mind of HyperloopTT, with its pod “Quintero One”. It seems infact to be the better realized until now, a real bullet ultra fast and ultra safe, which could run between the cities already during the 2019.

10 curiosities about the planet Earth