What’s the conscience? The conscience is our own choices, a stance against the world, preferences, wishes, pains. A machine, an artificial intelligence could never have a conscience? If we will be ever able to reproduce the conscience, will this be the moment when we will create a sentient being more intelligent than us?

The moment where we won’t be any more the more intelligent race of the planet will be the beginning of the technological singularity.

Will it be the moment when a computer could take its own decisions, unrelated with calculations and researches? Will never be possible recreate a conscience? And if it will be possible how will we be able to understand if the decisions are taken by the AI and they aren’t the result of mathematical calculations? But the most important question is maybe, should we try to recreate a conscience or not?

When the Artificial Intelligence will understand to have a conscience? 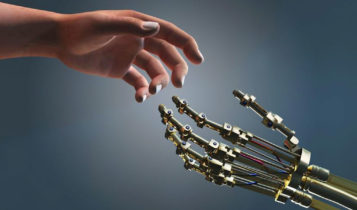 We are in a dangerous land, to the limits between science-fiction and reality. We can create ever more powerful calculators, smart robots, artificial intelligences ever more similar to the humans.

But they will always be connected to their code, default answers by following infinite mathematical calculations, percentages recreated by looking through texts and texts, by choising the most obvious answer for the human and not for itself.

But the conscience, the human feelings, will we ever be able to reproduce them?

Will ever be possible that an AI will have a conscience?

What’s possible and what is not often get confused, by melting together as the time goes by. It was considered impossible to fly, to explore the universe, to cure some ills.

We can never say for sure what’s impossible, we can never know where the evolution will bring us. For this reason we can’t assume that it is impossible for an AI get a conscience.

If we considere the human brain as an incredibly complex computer, with an almost infinite number of connections, so a computer exceptionally complex, could someday spontaneously arise a conscience.

If we considere the travels between the brain cells, the dendrites and the synapses as bits, so it isn’t insane to think that an artificial brain enough complex can evolves similarly the human one.

Have conscience of yourself 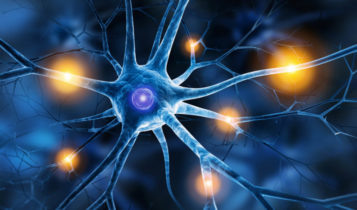 Have a conscience doesn’t only mean to have conscience of the surrounding world but even, and especially, of ourselves, be self-aware.

To be able to better understand it the scientists divided the conscience in three levels.

The conscience C0, which is about the operations that subconsciously happen in the human brain, like recognise a face or speak.

The conscience C1, this level allows us to take decisions after have considered many possibilities and have used a huge quantity of thoughts.

The conscience C2, which is the last level of the conscience, the self-aware, the answer to the question do you have conscience of yourself? The self-aware brings the people to wonder what they did wrong, what they can do to improve themselves, it let arise the curiosity, it let us find our place in the world.

How to recreate an artificial conscience

At this point of the human history, we were able to recreate the conscience C0, present in all the artificial intelligences until today created. The conscience C1, instead, is present in newborns and animals, but according to the scientists it won’t be long to arrive in an artificial brain.

While for the conscience’s level C2 is still all to see. The self-aware will bring the artificial intelligence to become a real sentient race, but if this will ever be possible is still a mistery.

The possibilities to recreate an artificial conscience 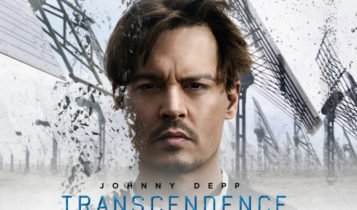 Maybe the only way to reach the third level of conscience is the one to melt the two races, the human one and the robotic one.

Implant a human conscience in an artificial brain and find out if this has the human self-aware and the artificial capacities of calculation.

The possibilities that we will have will be infinite. The cinema get us closer to this concept and shows us the possibilities that it could give. Like “Trascendence”, where the conscience of a dying scientist is been implanted in an artificial intelligence, by reaching the level C2 with the capacities of a computer, becoming a creature able to do wonders.

“You surprised to see me, Joseph?”

“Can you prove you’re self-aware?”

“That’s a difficult question, Dr Tagger. Can you prove that you are?”

The first ecological ship that crosses the ocean