It is since the December of the 2016 that the visionary Elon Musk claimed to have the solution to solve the problem of the urban traffic. Right the same month he founded the Boring Company, which soon started to work to move the traffic in the underground, thanks to the usage of special high speed tunnels.

The Los Angeles’ traffic has been considered by a study Inrix the most congested in the world. Every driver will get crazy in the busy hour.

Six lanes for direction, for a total of 12 lanes, connect the suburbs with the heart of the city, but they aren’t enough.

Get stuck in the Los Angeles’ traffic means to stand for hours under the sun of the California without know when we will go out.

With few days of delay, the last 18th of December The Boring Company presented the first segment of tunnel, about 1,83 km long.

The first segment of tunnel 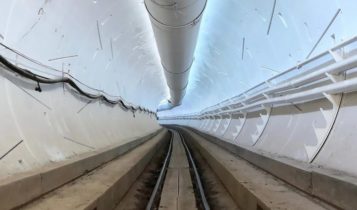 Like we said, the first tunnel of Elon Musk to congest the urban traffic in the underground, so to bring huge benefits, not only by reducing the traffic, but even the smog, the sound pollution, etc, is ready.

It is long only 1,83 km, with 3,7 meters of diameter. The presentation took place the evening of the last 18th of December, it took 30 minutes and it shown a Tesla Model X launched at 80 km/h.

By the way, the inaugural test, reserved only to reporters and authorities, only shown the functioning of the tunnels.

In the tunnels that, in the future, will connect the main areas of the city, it will be possible to travel up to 240 km/h. “At this speed, in the town there is the feeling to be beamed”, twitted Elon the day of the presentation.

Th first part of the tunnel connects the head quarter of SpaceX with the area of Hawthorne.

How will the tunnels work 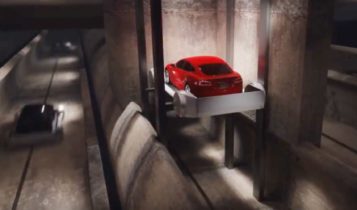 The concept of the high speed tunnels owned by the south african visionary’s company, uses the electricity to launch the vehicles, equipped with special “skates”. In this way the passengers will be beamed in the complex web that will arise in the future, handily with their own cars. Otherwise, in the future, they could be made (probably straight by the same Tesla) cars equipped with side retractable wheels, created specifically for the tunnels trips.

The tesla used for the presentation was right equipped with special “skates” which allowed it to let the tunnel’s segment move it.

With some hundreds of dollars Elon says that the special kit of horizontal wheels, used for the test “will be given to every electric and autonomous driving car, not only Tesla”.

The entrance for the tunnels happens through special lifts. The purpose of the first official test was the one to show that the lifts can be placed everywhere, even with reduced available surfaces. In the future every building could have its own lift to access to the underground web.

Advantages of the tunnels 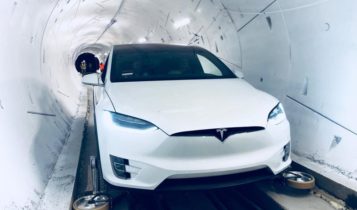 Besides to congest the traffic in the underground, making the city more livable, the tunnels have further advantages.

From the economic point of view, for example, Elon Musk promises to be able to realize the whole infrastructure for 10 millions of dollar, including dig costs, infrastructures, lights, ventilation, safety systems, communications and runway.

This kind of project, for the traditional engineering has a cost surely higher, which touches the billion of dollars.

Therefore, he promises to be able to dig 15 times faster of the normal methods, but there isn’t any official date yet about the whole work.

The useful services to listen music in streaming

Elon Musk, the incredible rise of the new richest man of the world