The technology that helps us to better live, to make every little duty easier and maybe funny. Especially when the life isn’t always such perfect, another small or big helps is always appreciated. Here you have some examples of how the technology is able to beat the disabilities. 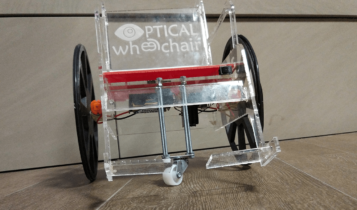 A standard wheelchair can help in case of reduced mobility, but it can less for who unfortunatelly can’t move any part of his body, unless the eyes.

The Optical Wheelchair, instead, moves itself with eye command and face’s expressions. A camera films the pupils’ movements and understands the facial expressions, and then it sends those informations to the smart chair, which elaborates them and moves itself consequentially. 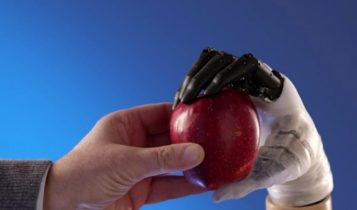 The technology daily makes giant steps when it mets the medicine. The last generation prosthesis are not needed only to replace the missing a limb physically, but even, and especially, functionally.

They allow to move every single finger, to grab and to act exactly like it was a real hand.

How to return to see 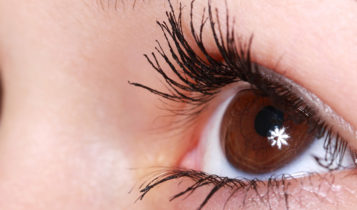 Even about the most serious sight’s problems we are obtaining impressive results. In a hospital in London are been installed some microchips to two patients fully blind and they were able to partially see again.

While in Pisa, a patient is been treated with another innovative therapy. It was inserted inside her an artificial retina able to send to the brain, through connections with the optic nerve, the images of the surrounded environment. 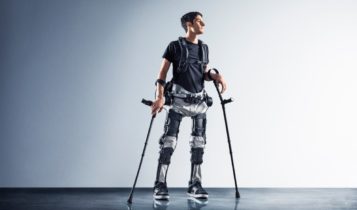 We start to see arise even the first exoskeletons that allow to stay again on their feet to the people that now can’t do it anymore.

For example, the exoskeleton of the university of Berkley, in California, enfolds the patient like it is an armour and it allows them to stay straight on their feet, as well as to do some small steps with the help of the crutches.

This is still a small step, but for the ones that couldn’t stay on the feet since a while, it is already a huge goal. 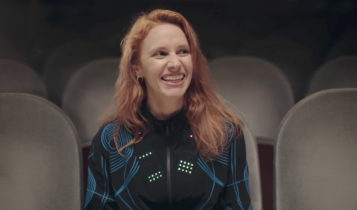 The Sound Shirt is a special t-shirt that allows the deaf peoples to listen the music.

The t-shirt, realized by CuteCircuit, pulses, following the datas transmitted by a special software, allowing who wears it to “listen” the music on their own skin. 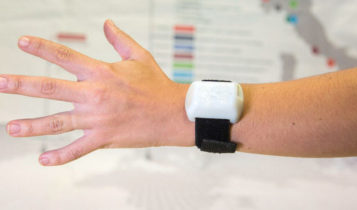 ABBI is a special bracelet that helps the blind peoples.

The bracelet allows to map the environments daily frequented, like can be a school for a child, helping him to orient himself in the surrounding space.

The people with serious disabilities often find difficulties to relate with the others. The difficulty in the communication is clear, but maybe a small app can help to bridge a little bit the gap.

iSpeech translates the written text in voice, but not only, by implementing it with the technology Eyegaze, it is able to reproduce the communication even when this is only made with head’s movements. 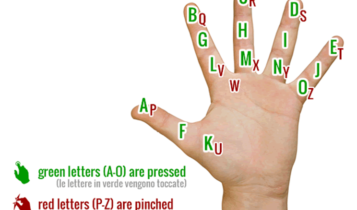 dgGlove is a device to help the blind peoples, but even the blind and deaf peoples. The patients can type the message on the device like it is a keyboard.

Those messages then can be translated in voice, viewed on the screen or even sent through internet. But it isn’t all, the device allows even to receive an answer, by translating it in vibrations on the palm of the hand. The dgGlove is been presented to the Maker Faire Rome.

We have then Alfred, a stick-crutch that can be useful for many kinds of disabilities. Alfred can communicate with the smartphone, send us informations about the time, remember us to take the medicines and make emergency’s calls. 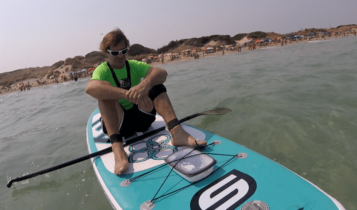 Finally, we don’t have to forget that even who suffers of every kind of disabilities don’t have to miss nothing, neither the sport. Waybration allows the blind people to practice navigation’s sports, like the SUP, the windsurf and the sailing.

A software planes the way that the athlete will have to follow and communicates to the dedicated anklets. During the way the anklets will indicate to the athlete, with light vibrations, the way to follow.

A walk into the italian spaceport