Nevermind: the videogame that feels your emotion

The videogames through the new digital technologies are always more real and enveloping. Many people now can’t live without some daily matches with their favourite videogame. On average everyone at home has at least one console: the videogames are involved in our daily life. Thanks to the new 3D technologies and to the high definition, play to a videogame became an experience where we lose the felling of the time. Now, the most extreme videogame is Nevermind: the videogame that feels our emotions.

The videogames always had the capacity to influence the biorythm of the players, but now they are created, like Nevermind, games that have the purpose to read the physiological responses of the gamer to adapt itself consequently and be better.

The biofeedback technology in a videogame

Nevermind is an advanced horror videogame created by Flying Mollusk. Nevermind was born from the mind of the young Erin Reynolds. While you explore surreal mazes, you walk in bleak rooms and you solve logical riddles, a biofeedback’s sensor tracks how much are you scared and anxious in every moment.

The biofeedback is the measurment’s process of the physiological conditions of a person and it gives those informations to the videogame to help it to gain awareness and control of the person.

The biofeedback, independently from its unusual applications to a videogame, has a long history in the science literature and it has already demonstrated to be efficient as treatment for a huge kind of  physical problems, besides that of mind health included stress and anxiety. Those last aspects are the strong suit for Nevermind.

The videogame horror that knows if you are scared

How was it possible to implement the biofeeedback technology to a videogame? Through a standard webcam (facial recognition) and some sensors for the heart rate. In this way Nevermind will reveal the anxiety and stress’ signs and it will change itself consequentially, becoming ever more subjective and intriguing.

Nevermind donates to the player an experience ever more surreal and horrible, reading his mind and knowning which are the elements that make stress and anxiety’s reactions. To guarantee that the game’s experience will really be terrifying, the creators tested the game over and over again.

“We had to invent creative ways to manipulate our heart rates”, said McFadden, which helped during the game’s development process.

The final result is a game fully different compared with the usual horror games because it doesn’t only use the distorted perception of the gamer’s reality and it created fear, but it looks into your feelings contextualizing it. 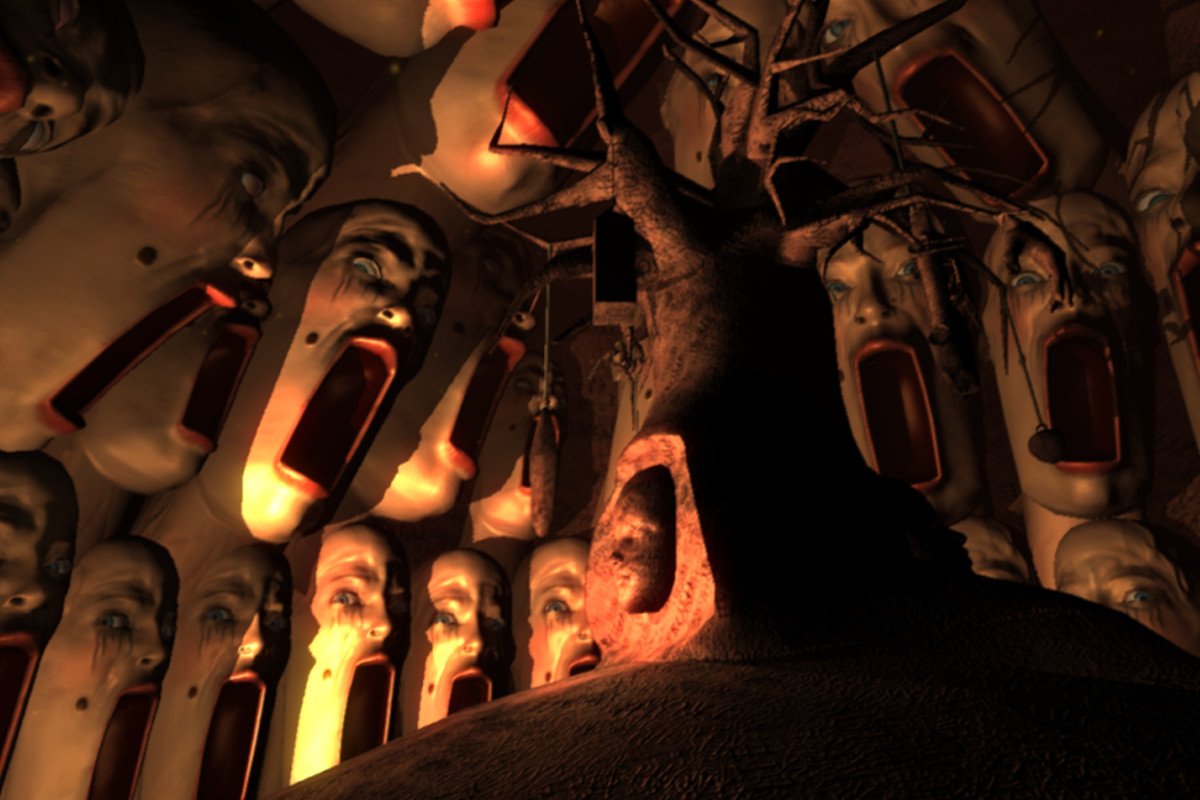 If you leave yourself go in your fears, the game become ever more difficult. If you are able to calm yourself in front of the terror, the game will be easier. Apparently Nevermind can give the idea of a kind of self-injury, of a submission to your anxieties, but deeply if something else.

Erin Reynolds during the game’s creation was focused on a biofeedback that could donate a horror experience that only few games allow to try. The basic idea of Erin Reynolds is to deny the concept that the videogames are dangerous for our mind health but that instead can be useful even to improve our psychological and social condition.

The Nevermind’s purpose is the one to create an unforgettable game’s experience that teaches the gamers to be more conscious of their internal reations to stressful situations. “A game that inspired myself is Dance Dance Revolution, I really like it and it teaches me that the physical excercise can even be funny“, explains Reynolds.

The application’s concept is the same one, through the videogames we can do physical activity, why not to strengthen even our mind and our fears?