Toyota: all the details about the test of the first taxi with artificial intelligence

In a future that seems to be already dominated by autonomous driving cars, there are many companies that decided to revoluzionase and dominate this sector. After the tests of Uber, it came the news of a partnership between Toyota and one taxi’s group with the head-office in Tokyo. The purpose is to use the datas collected from the vehicles during their runs to develope technologies able to optimaze some operations and services, with the latest target to obtain some money saving.

Toyota: it starts the test of the taxi equipped with IA

The system made predictions about the taxis’ services requests using the artificial intelligence, by integrating the datas of the bookings with the demographic predictions and the informations about other factors that affect the service’s request, like the time or the availability of the pubblic transports. The predictions are then checked by the taxi drivers in real time on their tablet, thanks to an integrated app, and they allow them to be in the areas where the request is higher, reducing so the waiting times of the customers and increasing the purchases. The analysis’ algorithm is been developed by Accenture, famous multinational that deals with the technological advice. The system use the artificial intelligence to see the number of busy taxis inside areas of 500 meters square, uploading the database every 30 minutes. According with those informations it is applied a model of learning that affect what could happen about the momentary condictions. Toyota did a test in February, including some taxis of the Nihon Kotsu Co. Ltd., subsidiary company of the JapanTaxi, and it revealed a level of precision of the 94,1%. It is an increase of the 20,4% about the movements in taxi and the system will be increased with the introduction of other vehicles. Here you have a short summary imagine that show the whole mechanism: 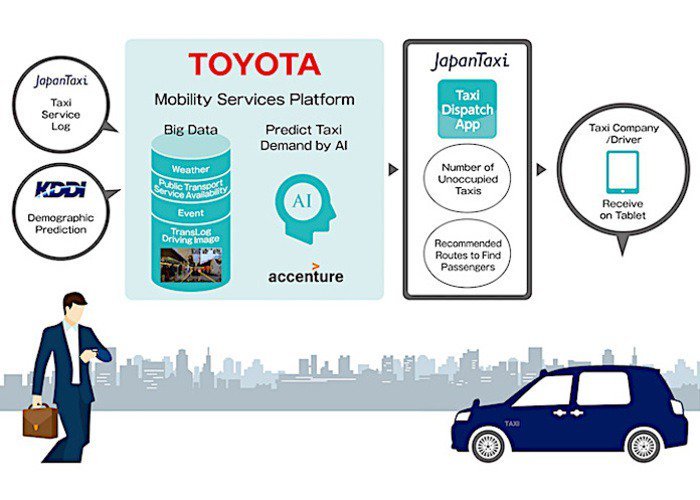 Toyota and the future of the autonomous driving

Thanks to the usage of the systems ADAS (advanced driver assistance system) with a HMI (human-machine interface) specially designed for it, the project point to reduce the workload of the taxi drivers, the system patented by Toyota will give runs more safety thanks to a partial autonomous driving. Even the taxis’ ergonomics will be reviewed, with larger doors and shorter floors, so to allow an easyer entrance especially for the reduced mobility people. The involved companies think that the system can help to transform the taxis’ industry, increasing the practicality and improving the taxi drivers’ learning phase. Therefore, the booking system and the datas’ transfer TransLog owned by  Toyota will be installed on an higher number of vehicles. The platform that collects and manages the big datas, though, is the Mobility Services Platform (MSPF). Still remaining on the topic of Toyota, we remember you that the famous company said that it developed the first magnet with reduced quantity of Neodymium, a rare element that is used in many kind of engines, including the ones with high efficiency of the electric vehicles, because it is fire proof and it is able to maintain a high coercivity. In the new magnet of the cars’ company, about the 50% of the Neodymium  is been replaced with lanthanum and cerium, that are more available and easyer to find. Toyota, infact, claimed that until the 2025 evey model of its own list will have an electric version, with the purpose to reduce until the zero the CO2 emissions in the environment and to reduce even the production’s costs. “In this phase, we believe that there is a substiantally space for the cooperation, instead to look for areas where to compete”, said the Toyota’s vicedirector Shigeki Terashi. So, it seems that Toyota get very idealistic ideas to remain stocked at the top of the vehicles’ sector. 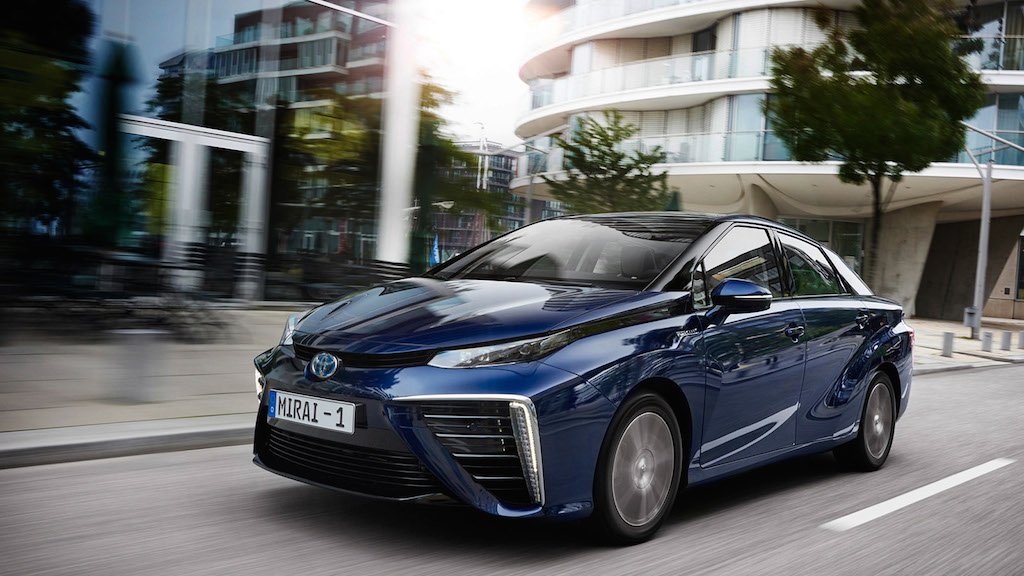 Movecoin: here you have the app that pays you to do physical excercise

Google and the parfumes: the new AI recognises the smells