In a future that seems to be dominated by autonomous driving cars, Renault decided to say something about it to the Cars’ show of Ginevra, it presented its concept of EZ-GO, an hybrid between a car and a bus developed for the shared service. It is about the principle of ride hailing, the same one used by Uber, which allows to optimaze the urban transports and accept onboard a high number of people.

EZ-GO: the future of the shared mobility according to Renault

Renault EZ-GO has a lenght of 5,20 meters, a massive body and a chassis equipped with large windows that allow, during the journey, a total view of the surrounding. Instead of the traditional doors, there is a huge back door which make easyer the entry onboard, either for the people with reduced mobility or that travelling with a buggy. The vehicle isn’t equipped with seats but it has a circular bench, similar to the one of the buses, made with iduction plates wich allow the smartphones’ wireless charger. The bright sign AD (Autonomous Driving), the messagges on the bright strips and the sounds’ emissions from the external of the vehicle allow the safety not only of the passengers but even of the pedestrians. It is thought only for the usage in the city, for this reason EZ-GO will not be able to pass 50 Km/h and it will be equipped with electric engine and front wheel drive. The prototype is equipped with a system that allows the level 4 autonomous driving, so to work alone, without a professional driver. The vehicle will be charged by induction, trought infrastructures strategically located on its ways. This is what Thierry Bolloré, junior general director of the Renault group, claimed: “The car sharing services represent a big opportunity for Renault, especially in the big cities. Many of them host an old population or a very young one, wich is looking for new solutions of transport. We alrealdy start to develop new services of mobility both for the companies and the people. The concept car Ez-Go gives an imagine of how could be the future of the electric mobility, connected and autonomous”. 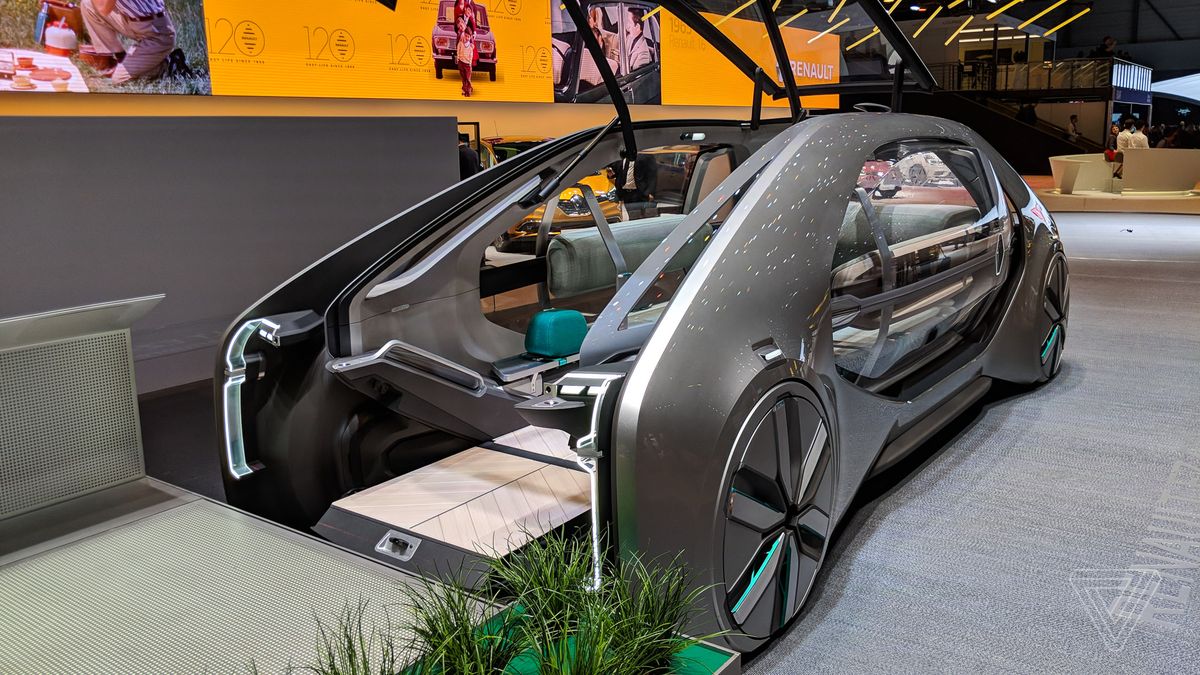 Renault EZ-GO: an experience connected and custom made for all

Who will use the service of EZ-GO, could easily book a destination and enjoy an unique experience, thanks to a concentration of technological innovations designed to give the maximum comfort. The car is, infact, equipped with Wi-Fi onboard and it interacts with the augmented reality of the connected smartphones, besides to be a personal assistent and to give turistic informations or about near activities available. Thanks to the many atmospheres and to the different levels of personalization available for both inside and outside, every passenger will be able to transform EZ-GO into its own universe on four wheels. With its innovative design and its comfortable space, the vehicle developed by the famous france cars’ company, it reinvents with style the identity of the robot car, breaking away from the common idea of a cubic bus. EZ-GO positively affect the urban life, not only because it embodies a more respectful mobility, but even because, for the reason that it is an autonomous vehicle, it can be used as a public bus, reversing so all the codes of the city’s life. According to what claimed by the Renault’s marketing sector, the purpose isn’t to replace the public transport in the city, but to revolutionize the idea of car sharing and of the automotive sector in general. Remaing on the futuristic topic, we remember you that at the beginnig of February Airbus, the famous airplanes’ company founded in France, declared with succes the first fly test of the drone-taxy prototype, called in code Vahana Alpha One, breaking down so every utopian barrier. 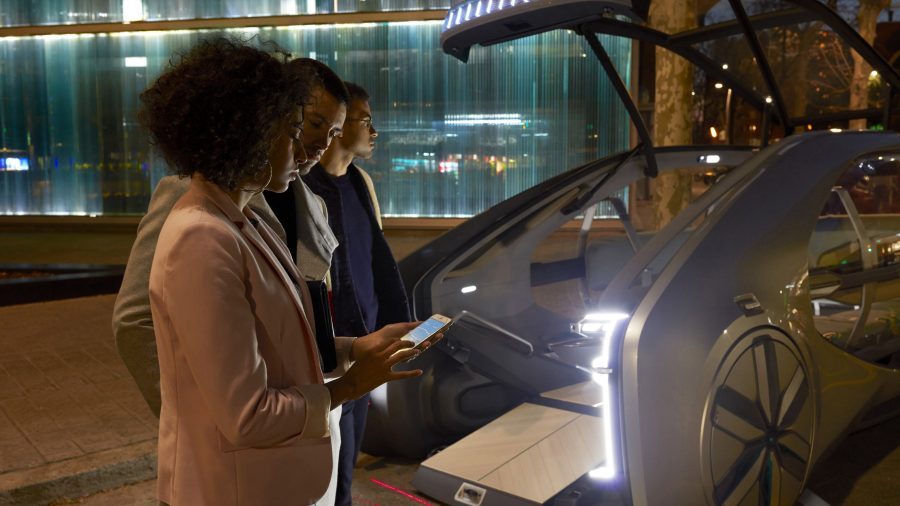 Mercedes: all the details about the new future’s smart lights

Car sharing: what is, how it works and which are the advantages