Cryopreservation: there are more than 300 people hybernated

Many placed and hope to place the hope in the technical of cryopreservation of the body.

There is who stipulated a contract to get hybernated after death, or who is still alive and decided to rely on the cold cure with the hope to wake up when the cure for his own illness will be found.

In the world there are three companies that offer the service and the hybernated people are already more than 300.

How does the cryopreservation work? 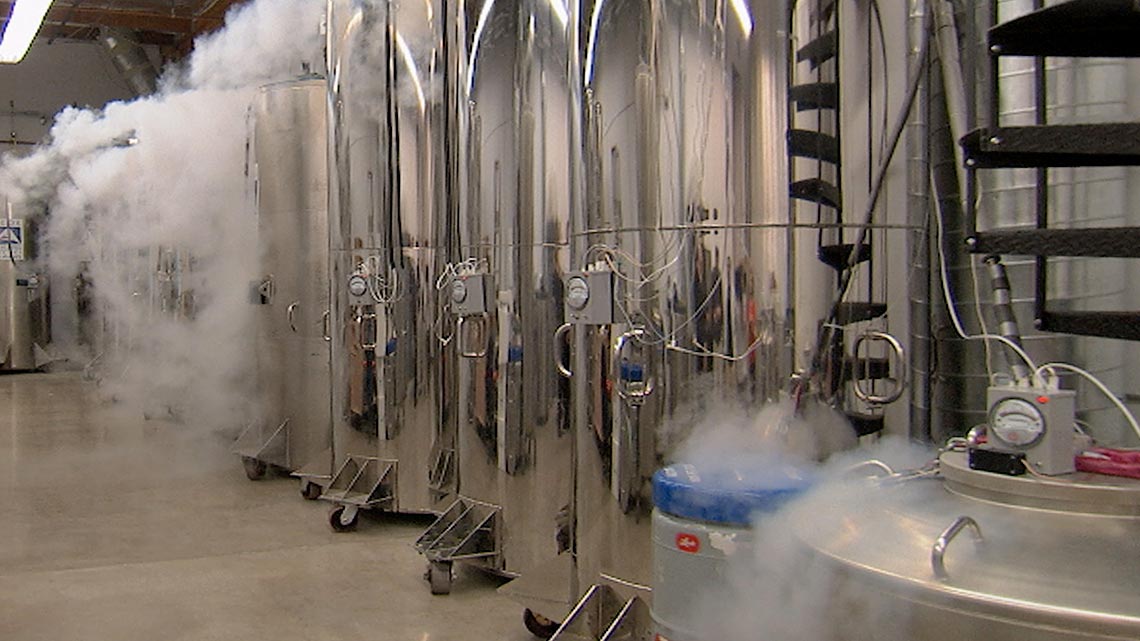 We know this technical throw the science-fiction, where we see dealing centuries long trips, between one planet to another, by keeping the passengers in a lethargy’s state, like “Passengers”.

Or like the animated tv serie “Futurama”, where the protagonist, the night between the 1999 and the 2000, accidentally, fell down inside a cryogenic pod and he wakes up thousands years later, in the 2999.

The technical for the cryopreservation plans to reduce the vital functions to the minimum, slow down the heartbeat, the breathing and the metabolism, turn down the body temperature.

By the way all of this has a quite big problem, none until now never been woken up and doens’t exist a specific technical for it. As long as the first person won’t be woken up we can’t know if the cryopreservation really works.

For this reason until now it’s impossibile to preserve alive bodies, but only post-mortem ones. Everyone that stipulated a contrat with the companies the procedure start right after the heart stops to beat. All of it must happen in a bunch of minutes: since the moment that the heart stops to beat, but before that the brain death is declared, with the clause, obviulsy, to not been reanimated. The blood is replaced with a particular substance that avoids the freeze of the water inside the cells. After that the body is brought to -196°, the temperature of the liquid nitrogen, where it will stay immersed upside down in the tanks, “tewar”.

Which are the companies that do this?

Like we said, there are only three companies in the world that do the cryopreservation: two american companies, the Alcon and the Cryonics, and a russian one, the KrioRus.

Around them there are other smaller companies which duty is the transport of the “patients”.

Besides that around 350 hybernated people, in the world there are about 2.000 people that signed the contract. To them it was requested the payment of a life insurance with the minimum cost of 30 dollars per month, to deal with the ones that will be the conservation’s costs.

While about the real practice the costs are widely different. Those start from 200.000 dollars of the Alcon for the preservation of the whole body and 80.000 dollars for the only brain.

Cryonics has costs that are widely different too and that go down the 100.000 dollars.

Who decided to get hybernated?

The idea to be able to wake up once in an utopian future, where the medicine arrived to the point to be able to cure all the illness and where, maybe, already exists the immortality, it’s a idyllic dream.

Right the immortality, infact, its the core around which there are the biggest part of the stipulated contracts. Obviusly everyone put a clause that says to be woken up only if there are specific cases.

For the ones which are not looking for the immortality, the clause is the one to be woken up at the moment that there will be the cure for their own illness.

The youngest body conserved in a cryogenic sleep is the one of Matheryn Naovaratpong, a girl just two years old, that the parents decided to hybernate after the discovery of a brain cancer at the end stage.

Between the two thousands people that stipulated the contract there are eight italians and one that is already in the cryopreservation stage. She’s a woman death in February of the 2016, now in the hands of the KrioRus.

None woke up yet. The day where the firsts bodies will be woken up will be up to the medicine’s progress. There are huge possibilities, anyway, that the first hybernated person will be brought back to life until the next ten years.

Kowalski, president of the Cryonics Instute declaired: “It’s up to the technology’s progresses as the one of the stem cell.

If you think to something like the cardiopulmonary resuscitation, procedure that would look incredible 100 years ago.

Now we assume that there will be a massive progress of the technology. Cryogenically bringing back to life someone might be definitely affordable in 100 years, but we might need just 10 of them”.

According to Kowalski and many others, at the moment the cryogenics is the only solution against the death. And why not believing in someone that already signed a contract for himself, his wife and his three sons, with the hope to wake up one day in a better future?