By Veronica Perotto On 9 Feb, 2019
Condividi

The apocalypse clock (doomsday clock) is an initiative that since the 1947 remembers to humanity how close it is to the self-destruction.

It was created by the scientists of the Bulletin of the Atomic Scientists of the University of Chicago, as answer to the ones that at that time were the nuclear tests during the Cold War.

What is the doomsday clock? 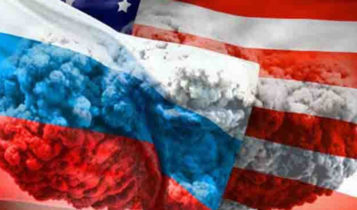 It isn’t a real clock, but it is obviusly a metaphor, aimed to move the human race that, constantly finds new and alternative solutions to destroy itself.

The midnight in the Doomsday Clock signs the apocalypse, while, the minutes missed to reach it sign the distance from this event.

At the moment of its creation, in the 1947, the clock was setted seven minutes before midnight. Back then the apocalypse were represented by an atomic war and the minutes, so, counted the distance only from that event.

As the time went by, though, the human beings found many other ways to kill themselves, so, since the 2007, the midnight is represented even by other events, first of all the climate changes, but even the greenhouse effect, the develop of biological weapons, the genetic engineering, etc.

The hands of the Doomsday Clock

During its 70 years and more of “activity” the hands of the Doomsday Clock were moved 21 times, by touching a minimum of two minutes and a maximum of 17. Needless to say this is the second consecutive year that the hands are stuck to their minimum: 23:58.

The events during the years determined the movement of the hands, but some of them were too short to let the scientists the time to act.

For example the missile crisis of Cuba, which had to move the hands one step toward the midnight, was just 13 days long and the hands, therefore, were not touched.

The events that signed the movements of the clock 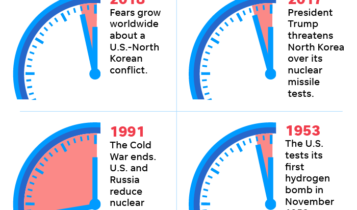 Here you have some events that during the years interested the movements of the clock: 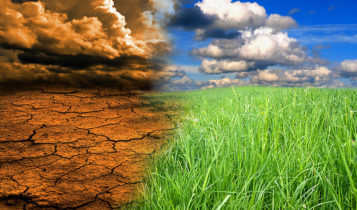 The 2019 started and this year the scientists of the Bulletin of the Atomic Scientists decided to not touch the hands.

For the second consecutive year are missed only two minutes to the apocalypse.

The clock must be a reminder for the world that though doesn’t seem to understand the message. The fact that the clock is stuck to minus two minutes, even though the efforts of many for the changing, isn’t a good sign.

The decisions of the last movements were taken after the tension between the United States and the North Corea and after the decision of Donald Trump to renege the agreements taken by his predecessor about the mitigation of climate change policies.

This year there’s no changes and seeing the hands sign just two minutes to the apocalypse really let us think the worst.

When will we really do something to improve the destiny of the planet and of the same human race?

It’s coming out the last chapter of the serie Metro: Exodus

Horizon Europe, hundred cities to save the climate