The three laws of robotics, created by Isaac Asimov, father of the modern science-fiction, appeares for the first time in the 1942, in the romance “Runaround”. Since that moment they are considered an anchor in the science-fiction narrative and filmography.

But not only, the laws of robotics are so efficient that they will perfectly suit in the real life. Even if we still need some progresses in the field of the artificial intelligence, the gap that divides us to the implementation of the three laws was never so short.

Second Law: “A robot must obey orders given it by human beings except where such orders would conflict with the First Law”.

Third Law: “A robot must protect its own existence as long as such protection does not conflict with the First or Second Law”.

The advent of AI and Deep Learning 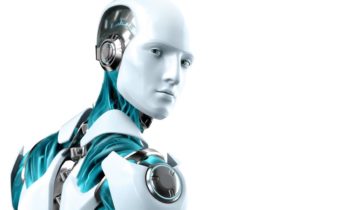 The one that until now seems to recreate a suggestive literary environmental, will soon find space even in the real world. Artificial Intelligences and Deep Learning ever more advanced bring us to think how much time we still have before to be in the worlds idealised by writers and filmmakers.

Definitely low if experts of the sector and mondial governements start to draw laws and codes about it. The Asimov’s laws of robotics are a great starting point, but the reality seems to be more complicated.

The ethical code about the Artificial Intelligence 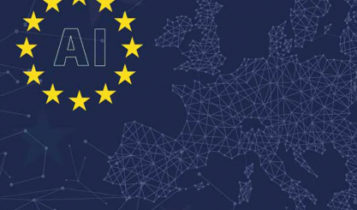 The European Union recentely pubblished the first ethical code about the artificial intelligence. The 18th of December the code appeared online.

It is designed to give guide lines about the trasparence and about the responsabilities of the AI; it encourages companies and researchers to increase the privacy protection; it regulates the not discrimination and it requires a human supervision in the projects, at least in the starting phase.

The document has been published online to evaluate its efficiency, before the official promulgation in March. Until that moment its open to suggestions.

To draw the document it took 52 experts of the sector that together worked with the European Union.

What does the code say?

In the code is explained the role of the human dignity. The AI may never hurt human beings, animals or nature. The damages aren’t intended only about the physical safety, but even about the dignity, the psychology and the financial aspect.

The usage of those technologies must not be affected by any discrimination. Infact, they have to benefit the community and not the single. To make it possible everything is linked with the artificial intelligences must be trasparent, affordable and understandable by all.

The code remembers a lot the laws of robotics, Asimov would be proud of the European Union. 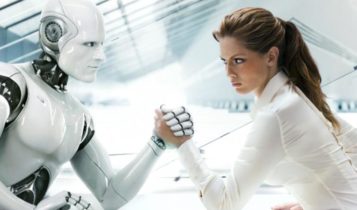 The Europe is taking its place in the mondial scenario about the artificial intelligences.

Even though the most influent studies about it come, without any doubt, from the United States, home of the biggest informatic and technological companies, it is estimated that the 28% of the scientifical articles which talk about artificial intelligence are from european researchers.

The wish to arise in the world of the Artificial Intelligences pushed us to invest 20 billions of euros on it.

Probably the reticence comes from the fact that in the old continent we aren’t so inclined to trust the new. Right for this reason the Union drawn the code. The experts hope that laws written black on white give a feeling of increasing trust from the users.

“The artificial intelligence can bring huge benefits to our communities, from the diagnosis of cancers to the reduction of the energy consumption. But because the people accept and use systems focused on this technology they have to trust it, know that their privacy is respected, that the decisions aren’t just by one side”, said Andrup Ansip, vicepresident of the European Commision and digital commisioner.

The COP24 of Katowice

Artificial intelligence, the prize for the research goes to Luca Oneto