France and China together to study the climate change

The concept of climate change isn’t only a concept of environmental interest but it is linked in someway even to the social, economic and politic field. The example of it is the launch of the first france-chinese satellite.

The satellite is in orbit since the last 22nd of October, with the purpose to study winds and oceanic waves 24 hours per day. This operation has the purpose to better predict the climatic cyclone so to improve the understanding of the climate change.

What does it mean “climate change”?

“The climate change is a change in the weather which is to attribute directly or not to the human activities, which alterate the composition of the planet atmosphere and that have to be added to the natural climate variability observed on anologue time’s ranges.

We can so deduce from this definiton that the climate change can be measurable, firstly, through systematic variations in the statistics sizes 0f the weather variabilities, which are calculated in a time’s range of many decades which are at least thirty”.

This is the concept’s expression “climate change” according to UNFCCC (United Nations Framework Convention on Climate Change).

The satellites and the weather

«The environment and the weather of our own planet is changing and we are passing this complex reality. We can arrive to solve those problems with more than one factor: the global warming increase together with our wish to solve the problems, to predict its evolution and to solve it.

The satellites? They are always a big help for the big problems of the planet, let’s think about the observation and the control of the ozone hole. And they will be a big support to solve and to study the climate changes.

The role between the satellites, the weather and the meteorology? We just have to think about the thousands of human lifes saved thanks to the electronic eye of our satellites in the space».

That’s what Franco Einaudi said during the years. Now this kind of prediciton made by Einaudi can be seen in the launch of the france-chinese satellite, which will study the phenomenon about the climate change.

They already launched in orbit satellites that register the sea surface’s topography like Jason (Cnes-NASA) and Sentinel (ESA). The difference between those examples and the new satellite made by France and China is that the last one incorporates the sea measurements with the atmospheric ones.

In this way CFOSAT is able to estimate the trend of the global temperature of our planet.

The first one is the radar SWIM which was made in France, which will measure the direction and the lenght of the waves. The second radar of the satellite is SCAT, which is instead chinese, that will analyse the winds’ strenght and direction.

The satellite entered in orbit at 520 kilometers (323 miles) over the Earth, according to the science, the technology and chinese industry for the national defence’s statal administration.

The instrument, which the approximate weight is 650 kilograms, is the first satellite that comes from a cooperation between China and France and that will allow the scientists of the weather to better understand the interactions between the oceans and the atmosphere.

This singular and innovative project is been firstly proposed by the france and the european space agencies. We though know that between Paris and Bejing, in the spacial technology’s field, there is a historical cooperation, for this reason the satellite is been then given to the france-chinese researchers.

The satellite CFOSAT will remain in orbit for 3 years for its oceanographic mission. Wang Lili, project manager of the chinese spacial station said: “We entered in cooperation with the France because we were sure about the support between each other, but even because the France has a massive knowledge about the probe used for the oceanic waves’ analysis“. 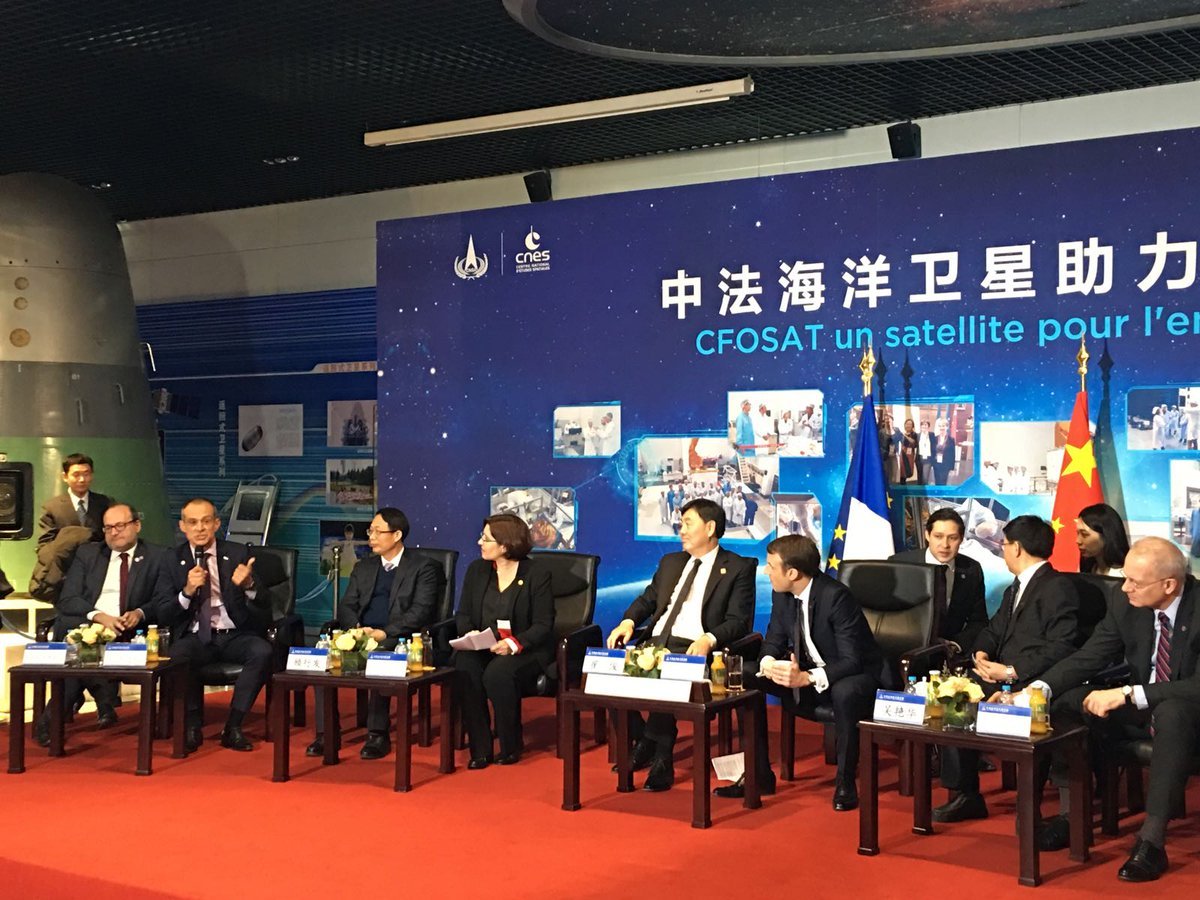