During the Detroit’s show of this year, Infiniti surprised the audience showing the new concept car that personifies the automotive sector’s future, mixing efficence, advanced technolgy and maximum levels comfort. Infiniti Q Inspiration, this is the name of the vehicle, it is the new challenge did by the luxury division of the Nissan group, that wants to avoid the traditional shapes of the berlin and arrive to the top.

Infiniti Q Inspiration: here you have the future’s car according to the Nissan’s luxury division

About the aesthetic point of view, the new Q Inspiration has countours similar to a classic berlin even if with proportions and style like a coupé. The frontal is equipped with a double arc panel with sharp lines of the hood and air vents on the front wheel arch. The cockpit, well made in the minimum details, is free of uselss frills according to the “less is more” philosophy, and it wrapped driver and passengers in a comfortable environment, almost muffled. Other details typical of the concept car are the reversed opening doors, the lack of the secondar pillar and the back installation units with one element. Karim Habib, esecutive director of the Infiniti’s design, sayd: “With the Q Inspiration we propose an alternative shape, smoothest in the aspect, with a unusually long and balanced cockpit. The interior are minimalist, but luxurios at the same time, and the glass cockpit let’s the passenger feels himself like inside a lounge. We thought to a layout that brings advantages to the comfort and the welfare, thanks to a space’s reconsideration”. The vehicle’s cockpit has a minimalist design and promises to satisfy the needs of every kind of driver, thanks to the high soundproofing and a personal touch screen. The Q Inspiration is powered with the innovative system of propulsion VC-Turbo, an engine with variable compression ratio that debuted on the model QX50. It is a propeller that, according to what the head office said, should reach the hybrid engines’ efficience. The Concept gives even the autonomus driving and it use the tested system ProPilot by Nissan, technology that allows the drivers to keep the car under their control. Here you have a short movie that shows the look and the functioning of the Infiniti Q Inspiration:

The innovative power train VC-Turbo developed by the luxury brand combines the power of a petrol turbo engine and the efficience of a diesel or hybred engine. The engine VC-Turbo constantly adapt itself to the driver’s needs, by adjusting the compression ratio to optimaze the performances and the vehicle’s efficience and allowing an intelligent usage of the power to gives a better control. “The top sector berlin’s range become really conservative – finally said Christian Meunier, vicepresident of Infiniti Global Division – while Infiniti Q Inspiration proposes something that could conquered the interest of a younger slice of marketplace, looking for a modern design and innovative technolgies able to inspire and sublimate the driving experience”. 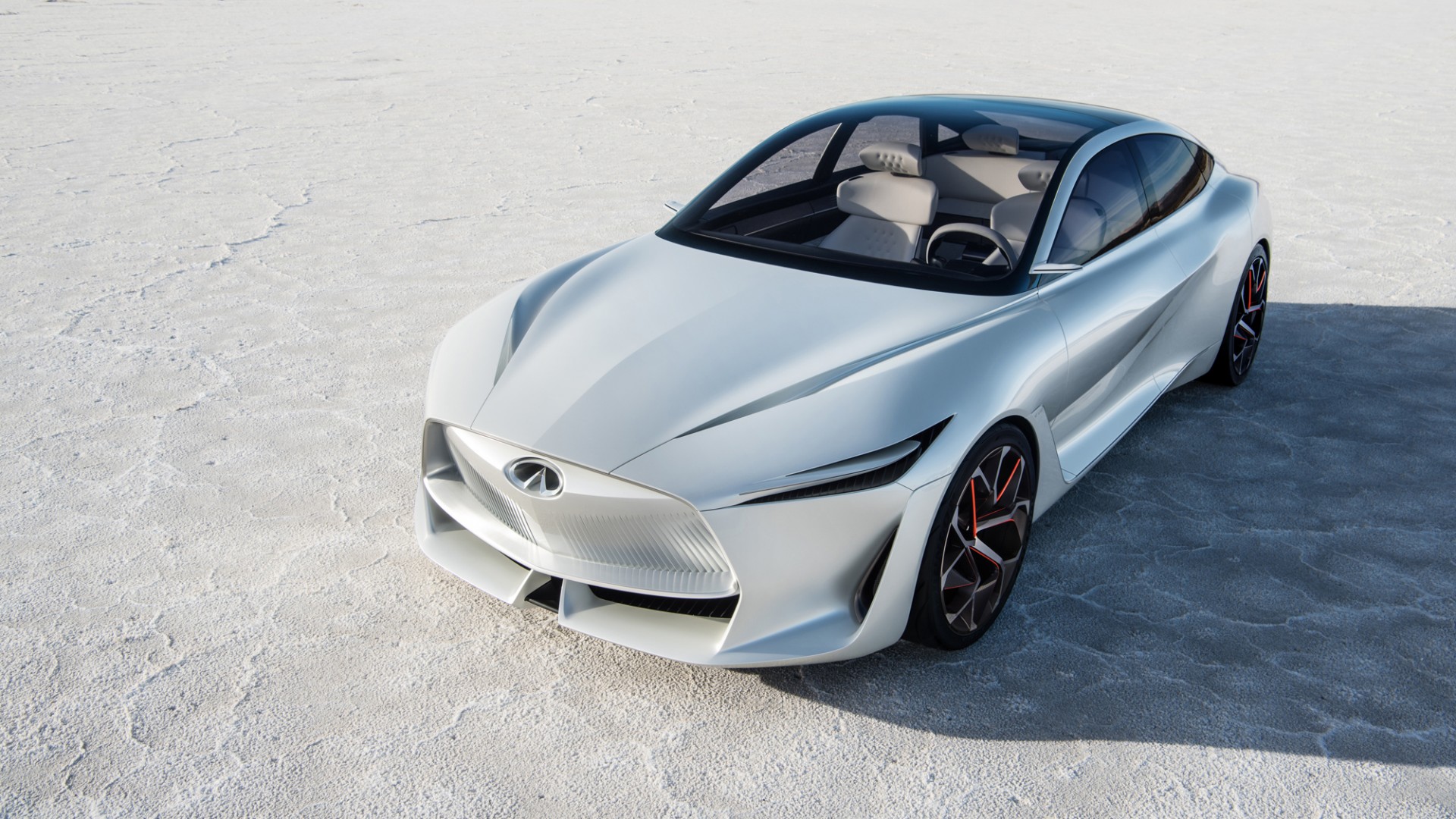 Infiniti Q Inspiration is been appointed “Best Concept Vehicle” and it received the reward like “Best Designed Interior”. The yearly rewards that are allocated during the Detroit’s show are selected by more then 30 Top Designer of international car’s companies and transport’s handlers from the best artistic’s schools. This great award is been proudly accepted by Alfonso Albaisa, Vice President Senior of the design globale of Nissan, that said: “I’m very proud of the fact that the new technologies inspired new proportions, like a new language launched the Infinit’s artistic maestry. Q Inspiration Concept explores the future of the half size berlin’s range to guarantee the maximum comfort to the customers“. What to say more, it only remains to jump into the future that seems to be dominated by the progress and the eletric cars with artificial intelligence.