By Veronica Perotto On 6 Nov, 2018
food and technology
Condividi

How to deal with the population’s increasing, with the higher request of raw material and with the necessity to speed up everything? Join the food’s production with the technology is a step forward an organized and efficient future. But it’s not needed only to facilitate the production.

The technology helps us to cultivate in the space, to know what we eat, to better cook, to appreciate the food. Solutions ever more creative promises to deal with problems like overpopulation, climate changes and pollution.

Here you have some technologies that changed our way to cultivate, to cook, to appreciate the food. 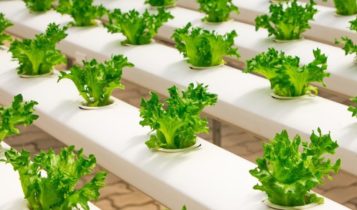 The hydroponics culture can basically arise everywhere. Placing a culture of this kind in a big city or right outside it, reducing the transport’s costs and the emissions that come from it.

The biggest indoor hydroponics culture is in Japan, in Miyagi, in an ex Sony’s factory. Furthermore this kind of culture will be really useful to give food to the first astronauts during the explorative missions, as well as the first colonists of Mars or other spacial outposts. 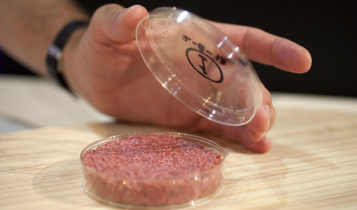 From the Holland arrives the first artificial hamburger of the history. The team that realised it grown the in vitro bovine meat, starting from the stam cells.

Realizing the artificial meat would be really useful for the environment. Some studies, infact, say that a bovine meat’s steak of 250 grams implies the emission of 3,4 kg of CO2.

It is estimated that until ten years the 70% of the global population will live in the big cities. This will mean the loss of some old attitudes, like the one to cultivate by oneself fruit and vegetable.

For who doesn’t want to give up to an own garden, by the way, are arriving many solutions that bring the garden inside the city’s appartments. Between them there is GreenWheel, a rotating garden inspired to the NASA’s one, that allows to grow vegetable and aromatic erbs in a small place.

For who has not space at home, but neither time nor green fingers there are, instead, the digital gardens. The users that want to undertake this adventure can grow their own garden at home, plant everything they want and follow how it’s going the whole time.

For the whole time, though, a real garden will be cured and when the vegetables will be ready they will be delivered comfortably at home. All of it without forget to keep an eye on the environment. The vegetables infact are delivered with electric vehicles.

I print the dinner!

The 3D printers are spreading around in all the sectors. With only a click we can print basically everything on every material, even the edible one! It is possible infact to make prints on sugar, chocolate, edible colours, etc.

One of the biggest problem in the food sector is the plastic. Plastic bottles, plastic boxes, everything becomes a cancer for the environment and for the whole planet. It is a long time that we are looking for a solution and some answers arrived.

Between the others there is agar, a seaweed extract used for cooking that can be shaped to create bottles and boxes. This material is fully edible and biodegradable. But agar isn’t the only solution. We find out even Ooho, an innovative box for the potable water.

Even this is made by the seaweeds and it is fully edible and biodegradable. It looks like small balls with water or juices inside that can be easily eat in full.

Tech food: when vegan is good