The one of the Pay-TV is a world that in the last few years saw many changes and revolutions. DAZN is a concrete and tangible proof of it.
Especially the world joined with the sports rights about the big leagues, infact, saw especially in the last years, media wars from which the only one that completely lost is the final user.

Another year of sport has begun and the changes started already to claim the first victims. Let’s see why.

Not anymore satellite, the online starts

Until few years ago the domain of SKY and after the entrance of Mediaset Premium divided the users in two compact ranks which, even being in the middle of this heated competition, always had the possibility to access to the requested contents.

The concept is really easy: who had a subscription with one of those two issuers, had free access to determined kind of contents according with the chosen plan. 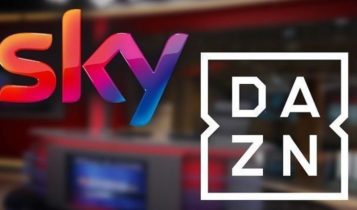 SKY offered without any doubt a much more complete packet while Mediaset Premium focused all on the Champions League being able in this way to “steal” a huge part of audience to the first issuer.

Even though the competition, like we said, the users were satisfied because they had access, more or less completely, to the contents.
Starting from this year, with DAZN, the things surely changed. The essential element that determined a radical change was the passage from the satellitar to the online.
The new issuer, infact, literally works in streaming letting available the possibility to see the contents in the web.

Why isn’t this good?

The online isn’t bad, the problem is the kind of offert that was given to the users.

The subscription plan gave by DAZN and, if we want, even by SKY, the only two issuers that have the legal TV rights for the Football, are focused on a packet to can completely sign (with both the issuers) or just singularly.

Now the point is that in the last years, even being competitors, the SKY users for example had access to all the contents, except the european competitions (Champions League) for which was needed Mediaset Premium.

What do we have to do to see them?

The possible solutions are two:

In the first case the user pays a monthly subscription to see only those three matches while in the second case, adding an amount to the already high SKY’s subscription, he has access to all the matches.

Why the user isn’t protected

Unfortunatelly to pay for this change, like we said, is always the final user which has to understand the new mechanics.

The matches seen in streaming doesn’t guarantee an optimal vision and, furthermore, we run the risk that the upgrades arrive few seconds later. So it adds insult to the injury.
In every case we are sure that as the time goes by even DAZN will settle itself and it will guarantee a contents’ quality surely better making the offert for the users complete.

Meanwhile, already in the first two days of league, we saw a decrease of the subscriptions (about  SKY) really impressive. A number destined, at least for the moment, to increase.