The submarine Triton 36000/2 is the strongest and most powerfull depths’ ship in the world. It was baptised Limiting Factor, to get beyond the limits.

It was built for the billionaire explorer Victor Vescovo that, after collected all the targets of the Explorers Grand Slam wants to “touch” further limits.

Victor Vescovo and the Grand Slam 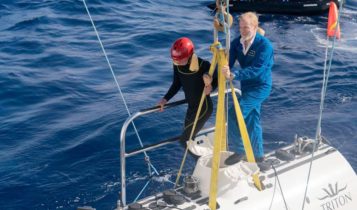 The Explorers Grand Slam is a challenge that only about seventy explorers in the whole worlds were able to complete.

The seven summits are respectively the highest mountains of every continent of the world.

What’s missing on this planet to explore? Without any doubts the oceanic seabeds. The real challenge is to arrive where no man has ever been before. “I want to be the first one to collect all the ocean trenches and supporting so the knowledge of this part of the world which is still unknown and mysterious”.

For this amazing challenge was built a tailor-made submarine, the Triton 36000/2, baptised Limiting Factor, but even “depths’ ship”.

The Limiting Factor is a two-seater submarine of 12 tonns, certified to reach up to 11.000 meters of depth, at around 1.100 atmospheres of pression.

The real challenge of the Triton Submarines LLC, the company that realised this last vehicle Triton, is the one to be able to bring a submarine to reach incredible depths with a human crew.

A submarine, furthermore, re-usable, because the other two Triton submarines that reached the bottom of the ocean, infact, weren’t able to do more than one trip.

The challenge proposed by Victor Vescovo is a totally new challenge in the exploration’s world. He will be, infact, the first one to realise it, it is the “Five Deeps Expedition”.

The challenge is divided into five steps, five oceanic trenches never touched by no other human beings, five between the most impervious places of the planet Earth.

Under the waters of our planet it will seem to be on an alien world.

The billionaire explorer already completed the first step, the Trench of Porto Rico. The expediction took place few days before Christmas and it touched the deepest point of the Atlantic Ocean.

The primacy so wasn’t valid and no one since there tried again. Victor Vescovo is the first man to have reached the deepest point of the Atlantic Ocean.

Like we said there will be now other four trenches to touch to consider the Five Deeps Expediction completed. The second step is in the South Sandwich Trench, between the South America and the Antarctica. 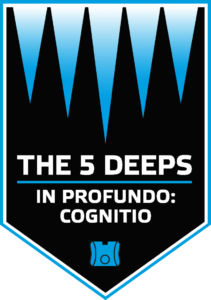 There’s an oceanic trench that touches the 8.428 meters, which is still without a name. If the expedition will have success Victor will baptize it with his name.

After that it will be the time of the Giava Trench, in the Australian Ocean, which reaches the 7.725 meters. The fourth step will be the Mariana Trench, the deepest point of the world.

The 10.925 meters of depth of the trench will place under severe strain the explorer and the vehicle, tested just until a bit more meters.

Finally, the last step will be easy compared with the previous ones: the Molloy Deep, in the Artic Ocean, at “just” 5.669 meters.

“We shall not cease from exploration, and the end of all our exlporing will be to arrive where we started and know the place for the first time”. – Thomas Stearns Eliot

Not only a challenge

The Five Deeps Exploration, by the way, isn’t only a challenge with himself and the nature. Victor in his trip will even help the science. 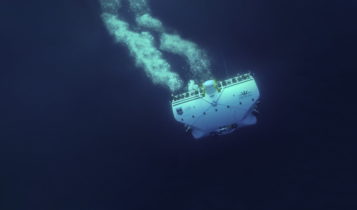 A sophisticated sonar is, infact, installed on the submarine, so to map in 3D the oceanic seabeds, together with a robotic arm to collect material’s samples and many cameras.

The Limiting Factor has two seats. The second one is reserved to the biologist Alan Jamieson that will study places never explored before.

Finally, on the boat that wait for them on top of the deep waters, there is a team of researchers that works with the biologist Jamieson and an equipe of Discovery Channel to document all.

The most technological bicycle in the world